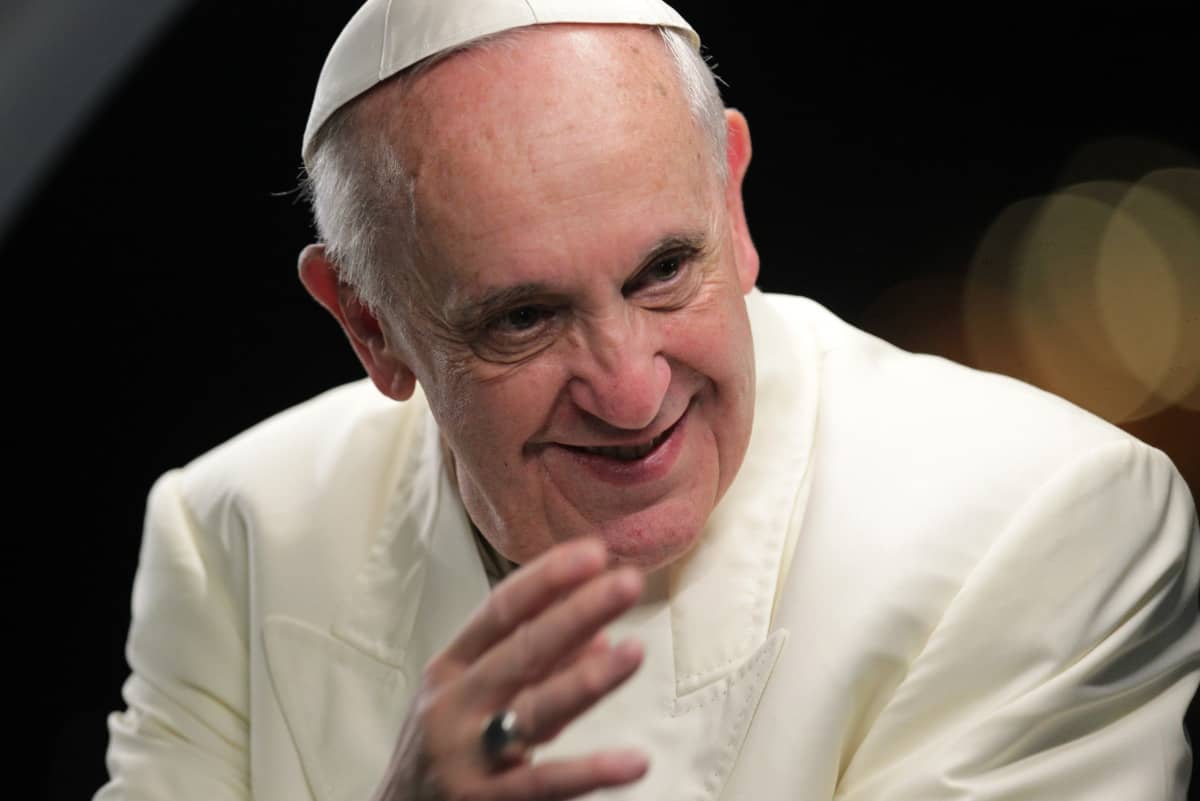 1. Time Magazine—with their brand spanking new website debuting today—looks into what Pope Francis said yesterday regarding civil unions. He was asked about them in an interview with a daily Italian newspaper, and replied that stakes seek “to regularize different situations of living together” in order to ensure health care and other economic benefits. He added, “We have to look at the different cases and evaluate them in their variety.”

The author notes the significance of Pope Francis’ comments breaking on Ash Wednesday:

It is a religious act that symbolizes humility, repentance, and a recognition that ultimately, human beliefs and actions bow to God’s mercy. It is the day that Francis, for the first time, begins to lead the church through Lent, a 40-day period of prayer, fasting, and alms-giving, when congregants are asked to examine at their own sins and let God deal with the sins of others. Francis is a charismatic leader, and there’s no mistaking his symbolism: his attitude of mercy for all is the new tone for the world’s largest church.

2. Next one up to poke the bear? Sweden. The country has frozen most of its aid to Uganda over the passage of the African nation’s viciously anti-gay law, which imposes a life sentence for certain violations and makes it a crime not to report violations of the law. The amount of aid totals roughly $1 million.

Sweden is the next in a growing list of nations and institutions to suspend or cancel cashflow to the Ugandan government, including the Netherlands, Denmark, Norway and The World Bank. The total amount of aid lost due to the law now stands at around $110 million. The US, while talking tough against the law, is still reviewing ties with the country and deciding how and whether to hit Uganda financially.

3. Remember the story we reported on in 5 LGBT Things a couple of days ago about organizers of Boston’s St. Patrick’s Day Parade striking a deal with a gay veterans group allowing them to march? Yeah, nevermind. The deal fell apart, and now’s when it really starts to get ugly.

It began when new Boston Mayor Martin J. Walsh said he wouldn’t take part in the parade if organizers stuck to their guns on not allowing the gay veterans group to march. Then a deal was struck last week that they could march IF the word “gay” was absent from their clothing and signs. Now organizers have backed out, accusing the gay vets group of lying on its application by “using a ploy to enter this parade under false pretenses.” Yikes. Mayor Walsh is reportedly still holding out hope for a compromise. The same ban on gay groups remains in place for New York’s St. Patrick’s Day Parade as well.

4. Always nice to see things like this happen in the Deep South. The Oxford, Mississippi city council unanimously passed a resolution recognizing the dignity and worth of all residents, including the LGBT community.

“Diversity is what made and continues to make this country amazing.  It strengthens and enhances the experiences of everyone, to understand that it is our differences from which we learn and make us stronger,” said Alderman Jay Hughes.  “At a time when signals from some parts of the State seem to be focused on exclusion, I am absolutely honored and proud to be in a community that embraces inclusion of everyone, to make Oxford the great place that it is.  Tolerance and acceptance creates the strongest bonds between neighbors, and I am proud to be on the right side of history in reaffirming Oxford’s long-standing commitment to that most fundamental principle.”

5. The next Uganda? Spurred on by their next-door neighbors, Kenya is ramping up talks about introducing a similar anti-gay law that would strengthen existing laws and punishments. Irungu Kang’ata, a first-term member of Kenya’s parliament, has formed a caucus whose sole responsibility is to combat homosexuality. The existing laws give up to 14 years in prison for consensual homosexual acts. While no one has been convicted by it yet, activists say there are at least eight pending cases. Kang’ata’s advice to the gays? Stay in the closet.

Kang’ata’s motivations for this fight are reportedly based on—and we are not joking—his being cheated on by a bisexual ex-girlfriend.

“You see, research has shown that if you are gay, you are more times likely to cheat.  So the point is, I do know she is a cheater, that is a reality, and by the way, she is anti this legislation, this and my endeavors,” he said.