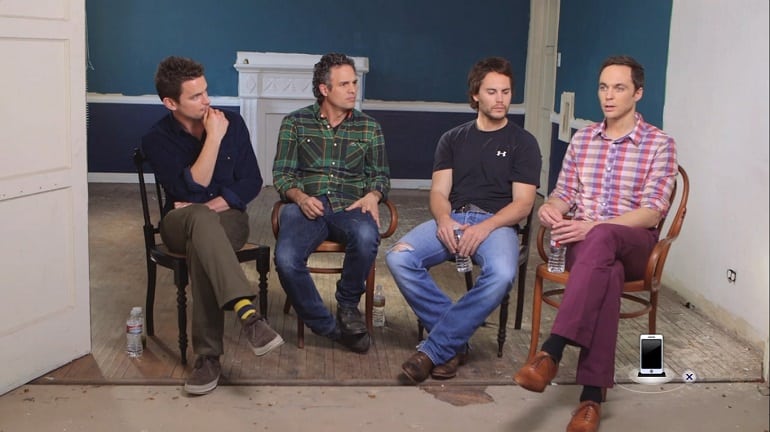 1. An AP report on Day One of the crucial Utah gay marriage case, which is a front-runner to reach the U.S. Supreme Court.

2. “Larry had his heart broken so many times. I promised him I would not stop until it got made.” The Hollywood Reporter on the 30-year journey “from Barbra Streisand to Ryan Murphy” of Larry Kramer’s play “The Normal Heart.” The HBO adaptation starring Mark Ruffalo, Julia Roberts, Taylor Kitsch, Matt Bomer, Jim Parsons and Jonathan Groff premieres May 25.

4. Watch yourselves out there, everyone. A Philadelphia tourist was beaten, robbed and raped at gunpoint by a man he met on Grindr. The suspect remains at large.

5. Check out this recently unearthed collection of photos from Kansas City’s drag scene in the 1960’s, found in a salvage yard by a local artist.

(screengrab via The Hollywood Reporter)