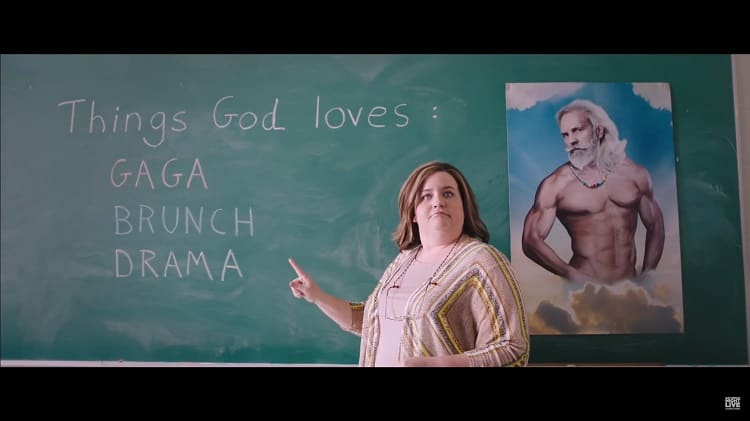 1. “I’ll be honest with you, I don’t even know why there’s an issue about which bathroom to use. Because if you are a guy and you go into bathroom with my wife, I’m gonna make the news — I know there’s three cameras rolling — I’m gonna whip your tail if you go in there with my wife while she’s trying to use the bathroom, or my granddaughter.” Spartanburg, South Carolina Sheriff Chuck Wright speaking to a Republican women’s group.

2. “I’ve dealt with bullying my whole life. And now I feel that my own state lawmakers and governor are bullying me as well.” Read 15-year-old trans boy Skye Thomson’s letter to North Carolina Gov. Pat McCrory about the state’s anti-LGBT law.

3. “You thought we supported you as a couple, well boys you were so wrong!” A gay couple in Ohio reportedly received a hate-filled RSVP from one of the people they invited to their wedding.

4. ABC’s “Once Upon A Time” revealed a gay storyline Sunday night.

5. VIDEO OF THE DAY: SNL sends up anti-gay bakers in this fake trailer for a faith-based movie called “God Is A Boob Man.”