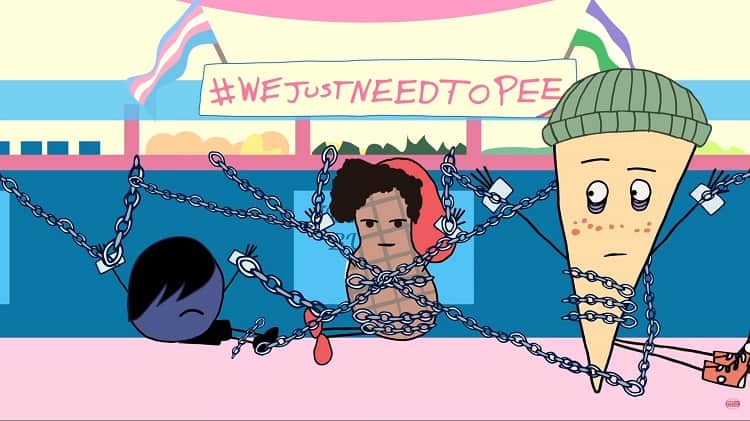 1. Tennessee is no longer considering an anti-transgender “bathroom bill.” The bill’s sponsor says she wants to revise the legislation and reintroduce it next year.

2. Whole Foods is being sued after an openly gay pastor alleged a cake he ordered from the flagship store on North Lamar Boulevard contained a gay slur. Whole Foods denies the claim and is standing behind their employee from the bakery, who they say is a member of the LGBT community.

3. See what the San Francisco city attorney’s office had to say to this anti-LGBT group who are suing the city over the addition of urinals to a park known for “immodest sunbathers, pot brownie vendors, spectacular city views, and famously irreverent ‘Hunky Jesus’ contest, which is sponsored annually by the Sisters of Perpetual Indulgence.”

4. An ultra-Orthodox Jewish extremist who fatally stabbed a teenage girl marching at a gay pride parade in Jerusalem last year has been convicted of murder.

5. VIDEO OF THE DAY: Check out the season 2 trailer for “McTucky Fried High,” an animated web series focusing on LGBT teens.