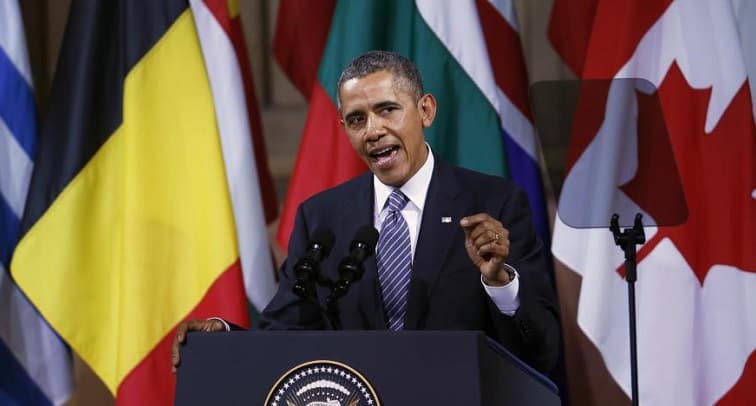 1. “They’re in response to politics in part, and part some strong emotions that are generated by people. Some of whom are good people, but I just disagree with when it comes to respecting the equal rights of all people, regardless of sexual orientation. Whether they’re transgender, or gay or lesbian. And, although I respect their different viewpoints, I think it’s very important for us not to send signals that anybody is treated differently.” President Obama, in the U.K. today for the first of a three-day visit, called for North Carolina and Mississippi’s anti-LGBT laws to be repealed.

2. “There have been very few complaints the way it is. People go. They use the bathroom that they feel is appropriate.” Donald Trump thinks transgender people should use the bathrooms that match their gender identity.

3. NBA commissioner Adam Silver says that unless HB 2 is repealed, they will pull the 2017 All-Star Game out of Charlotte.

4. Don’t miss this Washington Post story about a transgender woman going through gender affirmation surgery at age 70 with her supportive wife by her side.

5. VIDEO OF THE DAY: Take a peak at the trailer for “The Pearl of Africa,” a documentary about Ugandan transgender activist Cleopatra Kambugu playing in film festivals now.