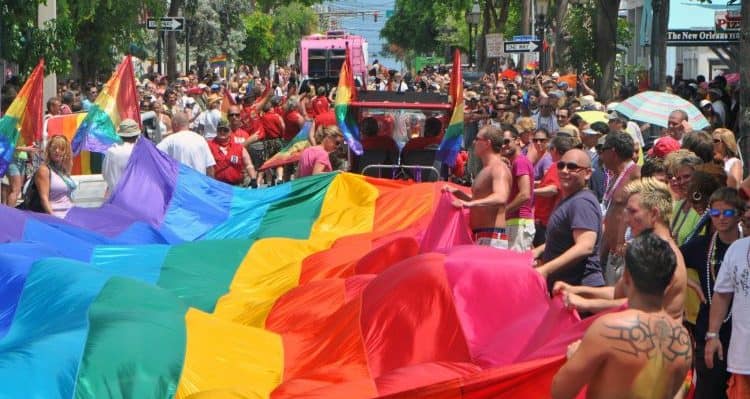 1. LGBT advocacy groups in South Korea are not happy with recent remarks made by their presidential front-runner, Moon Jae-in.

2. Fifty-one members of the US House petitioned President Donald Trump this month to sign that “religious freedom” bill that’s been floating around since February. The White House tells USA Today that Trump is searching for “middle ground” before he puts his signature on anything.

3. For 2.5 years, two photographers traveled the globe documenting the stories and everyday lives of intersex individuals — those who were born with a variation in their internal or external sex characteristics.

4. Have Pride parades and celebrations gotten too corporate? Activist Alex Morash ruminates on the subject for The Advocate.

5. VIDEO OF THE DAY: Upcoming film “3 Generations” tells the story of how teenager Ray’s (played by Elle Fanning) transition affects the family. Ray’s mother, portrayed by Naomi Watts, must track down his biological father to get legal consent for the transition, and his lesbian grandmother — Susan Sarandon — had difficulty accepting she has a grandson. Take a look at the trailer —