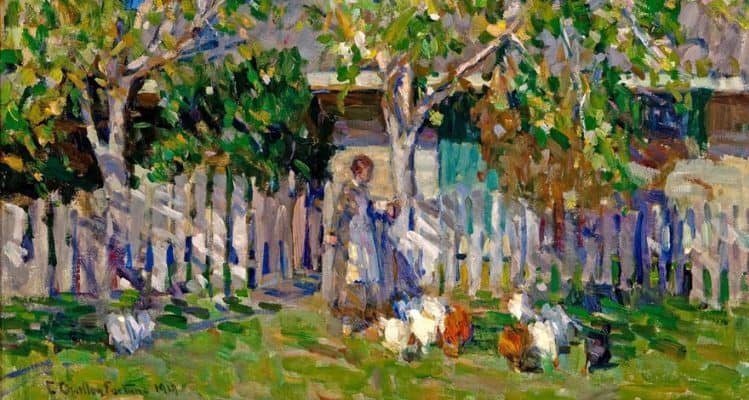 1. The list of murdered transgender individuals continues to grow: Gwynevere River Song, 26, was shot to death at their home in Waxahatchie, Texas, this weekend. Song was murdered following an argument, and the Ellis County Sheriff’s Office is investigating.

2. Today, the LGBT community also remembers the life of Holly Boswell, the woman who created the transgender symbol. Boswell, who is also credited as being one of the first to adopt the term “transgender,” passed away this weekend.

3. Next Monday, the Chilean government is expected to introduce a marriage equality bill that would extend the right to marry to same-sex couples.

4. Have you seen the paintings of E. Charlton Fortune? The 20th century impressionist artist astounded fans who discovered she “painted like a man,” and she was known for trademark corduroy suits as well as her paintings of landscapes and women. Fortune was a lesbian, and The Advocate has a full profile on her life and the mark her work left on America’s art scene.

5. VIDEO OF THE DAY: Even though LGBT characters and plots have made their way into a number of network and streaming shows and movies, some advocates feel there isn’t enough empowering content created with children in mind. French artist Isabelle Arne seeks to change that with her animated show “Big World, Little Om,” which explores the life of a child raised by two mothers.