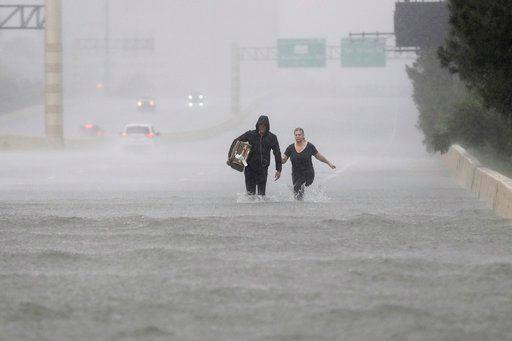 1. Hurricane Harvey wreaked havoc in Houston, Texas, this week. The city’s Montrose Center, a LGBT resource facility, needs your help to assist displaced LGBT community members. Here’s how you can get involved.

2. Transgender activist Ashlee Marie Preston confronted transwoman Caitlyn Jenner at a fundraiser, calling her a “fucking fraud.” Reactions were mixed, but here’s what The Advocate’s executive editor had to say on the matter.

3. Do you identify as gender nonbinary? Are you planning to move to Canada? Then you can select a third gender option on government documents like your passport.

4. Illinois joined the ranks of California as the only two states in the union to ban gay and trans “panic defenses” in murder cases.

5. VIDEO OF THE DAY: On July 26, the president tweeted that under no circumstances would transgender troops be allowed in the US military. Yet, barely a month later, on Aug. 21, he spoke in Fort Meyer, Virginia, saying that the military is no place for prejudice, bigotry, or hate. Human Rights Campaign put excerpts from that speech together with commentary from news anchors and transgender service members in this video: