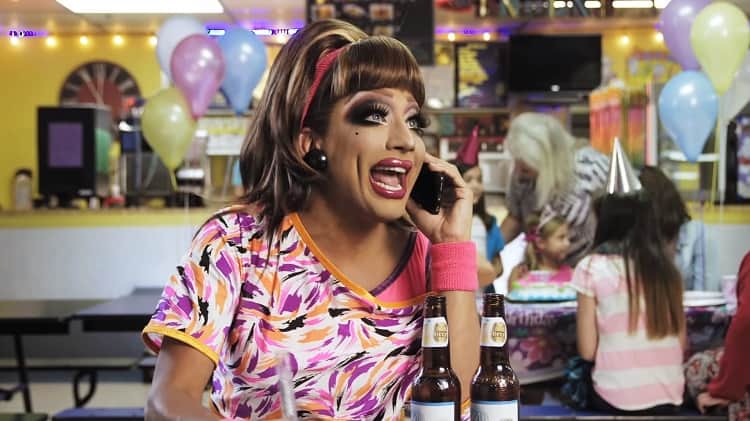 1. The plaintiffs in the lawsuit challenging North Carolina’s anti-transgender bathroom law got a partial win Friday night as a federal judge said the University System of North Carolina must allow them to use the bathroom that matches their gender identity. It’s a good sign that the judge may block the law in full once the full case is heard in a trial set for November.

2. “The LGBT community has come too far to lose its seat at the table. We are certain that Secretary Clinton will be the president fighting for the collective economic and social longevity of America’s 1.4 million LGBT business owners.” The National Gay and Lesbian Chamber of Commerce has never endorsed a candidate, but they’re making an exception this year as they announce their support for Hillary Clinton.

3. A man in Sydney, Australia was arrested Sunday after allegedly switching out the lube with hydrochloric acid in a dispenser at a gay bathhouse.

4. Thank you for being a friend. New York City’s LGBT homeless youth shelter the Ali Forney Center announced plans to open a new 18-bed shelter, the Bea Arthur Residence, next February thanks in part to the $300,000 the Golden Girl left the group in her will. Arthur passed away in 2009.