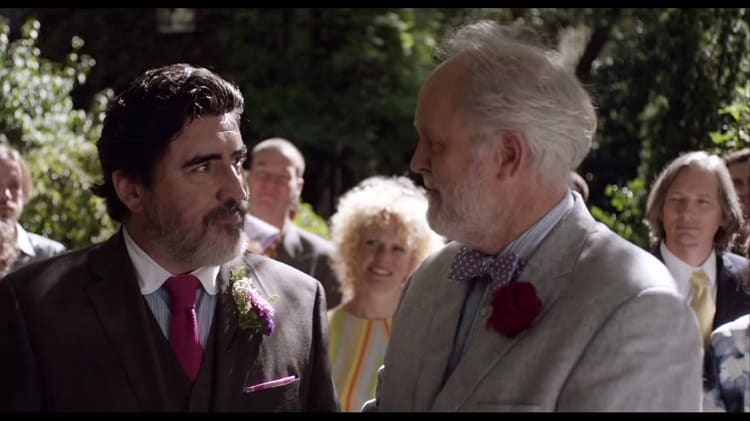 1. An LGBT take on the Ice Bucket Challenge. Frontiers L.A. has a profile on a gay couple facing ALS.

2. “V.S. was D.T.S’s beard for three years prior to the filing of suit. V.S. is informed and believes that (Sterling) is a homosexual and enjoys sexual acts and or sexual congress with males.” V. Stiviano, the former assistant and alleged mistress of Donald Sterling, claims he is gay. The NBA voted to remove Sterling as owner of the L.A. Clippers and banned him for life from the league after a series of racist recordings surfaced.

3. “The Court implied that it will not be rushed into a decision about which, if any, cases it is going to review.  And it left no doubt that the Justices themselves, not the lawyers or their clients, are in charge of the timing.  The Court, in short, has not yet gotten caught up in the race to settle the basic constitutional issue just as soon as it could possibly do so.” SCOTUSblog reads the U.S. Supreme Court’s signals on marriage equality.

4. WaPo’s Alyssa Rosenberg on “What gay bars tell us about the Golden Age of Television.”

5. VIDEO OF THE DAY: The MPAA is under fire for giving an R rating to the film “Love Is Strange.” The movie contains no sex, violence or drug use but what it DOES contain is the story of an elderly gay couple played by John Lithgow and Alfred Molina. The film opens today but has not hit Georgia yet. Here’s the trailer.