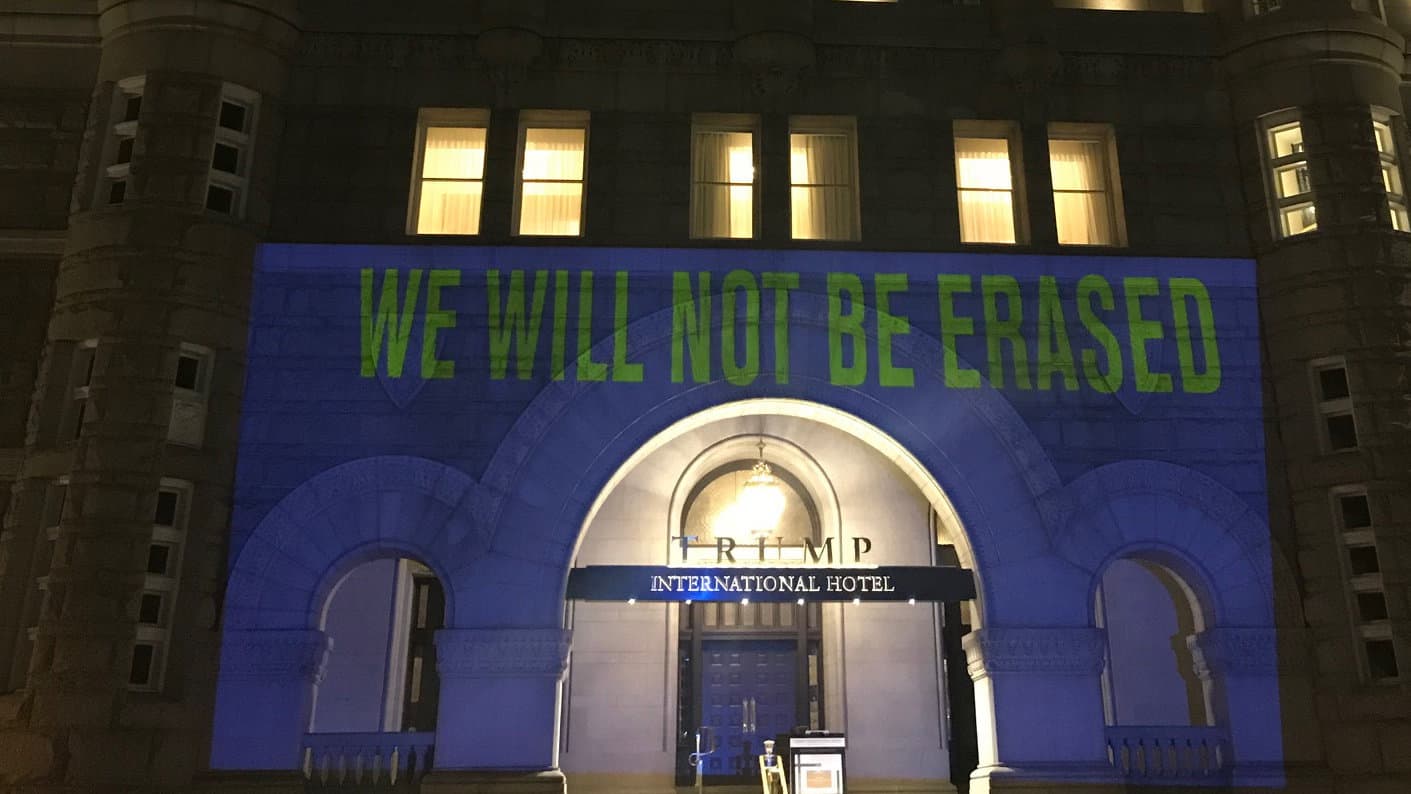 1. Plano, Texas, lawyer Mark Phariss, who famously sued the state of Texas for the right to marry his partner Vic Holmes four years ago, is running for Senate as a Democrat in the conservative North Dallas suburbs. Phariss’s 2013 lawsuit propelled the Supreme Court to reverse the U.S. same-sex marriage ban. If elected, Phariss would be the first openly gay state senator in Texas.

2. It’s that time of year when a Salvation Army bell-ringer is stationed outside every Publix and Kroger. Before throwing money into the pot, read about the Salvation Army’s notoriously anti-LGBT history.

4. Bi diva Lady Gaga is headed to Las Vegas for a two-year residency. “The rumors are true! I will have my own residency at MGM’s Park Theater,” the “Born This Way” singer tweeted. Gaga’s Sin City residency is slated to begin in late 2018.

5. VIDEO OF THE DAY: Human Rights Campaign projected the CDC “banned words” off the side of Washington, D.C.’s Trump International Hotel in protest.

The Trump-Pence Administration banned the CDC from using words like “transgender” and “diversity” in an effort to erase us. Tonight we met their attacks with a resolve to be louder and more visible than ever before, by partnering with artist Robin Bell to project every ‘banned word’ across the front of Trump’s DC Hotel. Our display concludes with a declaration from the LGBTQ community: “we will not be erased.”