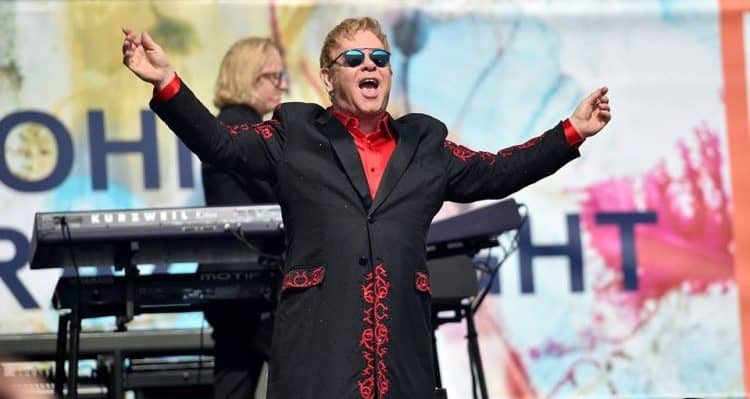 1. Someone decided to give Milo Yiannopoulos, the self-described “alt-right” openly gay editor at Brietbart, a book deal to spew his platform from. And by “someone,” we mean the same company that publishes books by Donald Trump.

3. Hookup app Grindr is moving beyond the dick pic sphere. The app’s developers want to expand into an entire “gay lifestyle brand” and take on more activities aimed at social justice for the LGBT community.

4. William Walters of San Diego was found dead of an apparent suicide this week. Walters was arrested several years ago during a Pride parade for public nudity (he was wearing a loincloth gladiator costume) and sued the San Diego police for discrimination. Walters lost the legal battle earlier this month.

5. VIDEO OF THE DAY: Sir Elton John gave a tear-jerker of a tribute to George Michael during a concert in Las Vegas on Wednesday. In addition to words of remembrance, he sang a solo version of “Don’t Let the Sun Go Down on Me.”