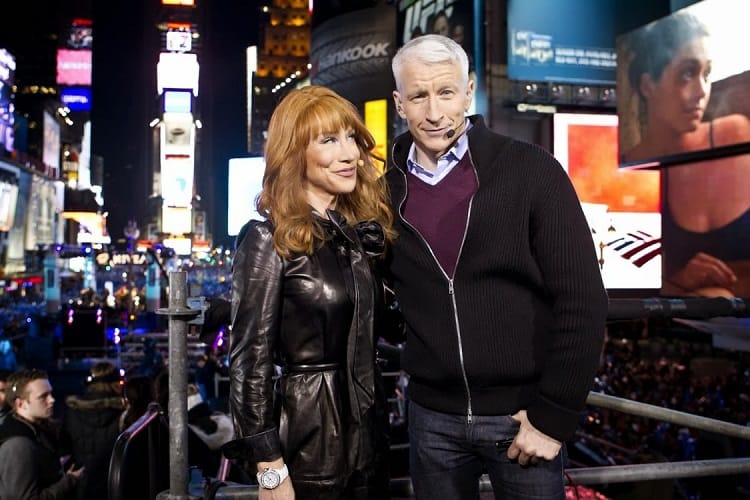 3. “If we truly want a society in which trade do not exist, we must actually stop encouraging the behavior. We can no longer aid in the hypersexualized homoerotic fantasy of men who want us as their private concubines but not as humans who deserve real love and affection.” Writer calls for black gay men to do away with “trade” and men on the down-low.

5. VIDEO OF THE DAY: Kathy Griffin sends Anderson Cooper into a giggle fit on New Year’s Eve 2013. The pair will be back together again tonight starting at 9 p.m. on CNN.

Happy New Year to all of you who’ve followed 5 LGBT Things throughout the year and we will be back on Monday the 5th to bring you more in 2015!