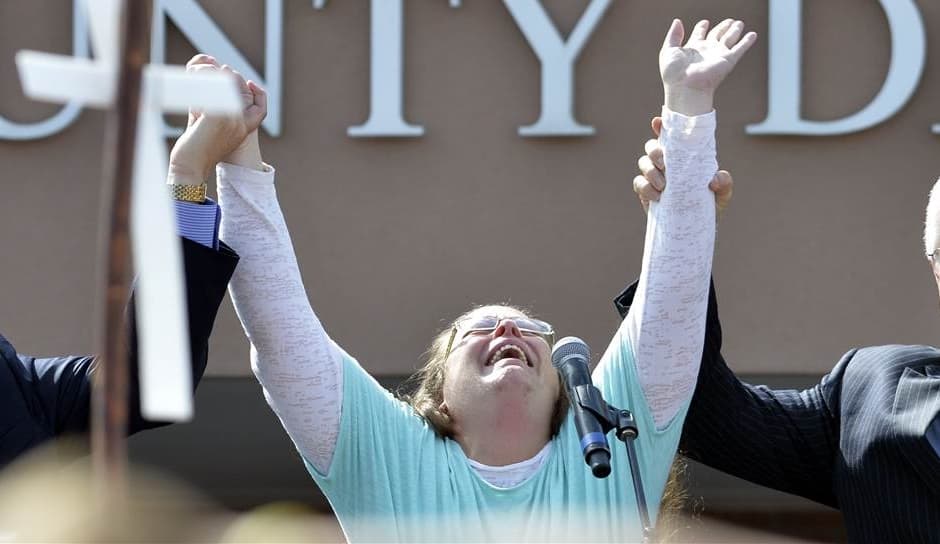 1. Australian parliament gave the official OK to marriage equality, legalizing it and then breaking into song for good measure.

2. The gay man who was refused a marriage license by Kentucky court clerk Kim Davis in 2015 returned to the Rowan County courthouse — this time to file paperwork to run for Davis’ seat.

3. Lesbian “SNL” host Kate McKinnon was a guest on Jimmy Fallon’s show and gushed about “Wonder Woman” star Gal Gadot, who guest-hosted “SNL” in October. McKinnon said Gadot mentioned that among her hobbies were visiting the Maldives and watching her children play in the sand, and when the Israeli stunner asked McKinnon about her hobbies, she responded, “I like to watch ‘Dateline.'” McKinnon also said she felt like a “Midwestern toad” next to the “Mediterranean goddess.”

4. Human Rights Campaign Foundation has released its annual buying guide just in time for the holiday retail rush. The guide is available as a phone app, on PDF and on the organization’s website. Before purchasing holiday gifts, consumers are urged to check out the Buying for Workplace Equality guide to see if their money is going to a business committed to LGBT workplace equality.

5. VIDEO OF THE DAY: GOP Pennsylvania Rep. Daryl Metcalfe is being asked to step down by the governor after asking Democratic Rep. Matt Bradford to “stop touching him” and suggesting in a disparaging tone that he is gay.