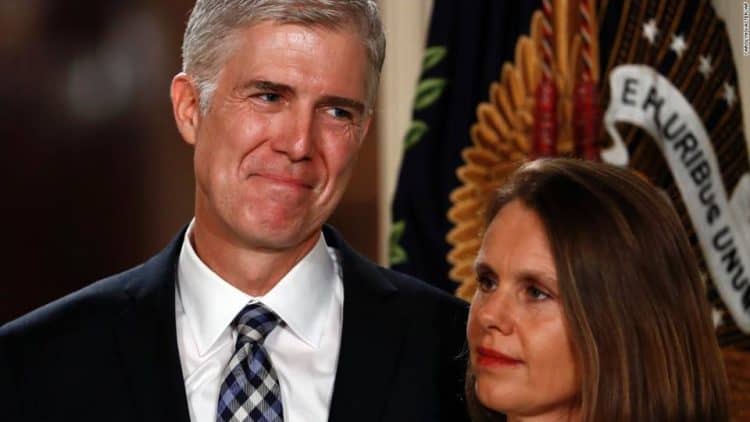 1. Last night, President Trump named Neil Gorsuch his pick to the Supreme Court. The folks over at Lambda Legal have some concerns about this choice, namely for his past anti-LGBT and religious exemption rulings.

2. Iranian LGBT refugees fleeing their home country for fear of persecution are stuck, literally, in the wake of the new US administration’s travel ban. As one Iranian lesbian said, “Iran doesn’t want us, Canada doesn’t want us and now the US doesn’t want us either.”

3. Season nine of “RuPaul’s Drag Race” is coming our way — teasers will be posed to Instagram Stories leading up to the “RuVeal” later this month.

4. San Francisco may become home to the world’s first Transgender District, a sector of the Tenderloin known for its role in LGBT rights and particularly transgender activism. Police once forced the city’s transgender individuals to live in a small area of the lower Tenderloin, and threatened them with harm if they tried to leave. The area was also home to Compton’s Cafeteria, a 24-hour diner that played a major part in an uprising in 1966.

5. VIDEO OF THE DAY: TV channel Logo debuted the first episode in season two of its LGBT docu-series “Fill in the Blank” this week. Since it is Super Bowl week, the episode showcases openly out athletes, including a Columbia University rowing coach and a transgender man on crew.