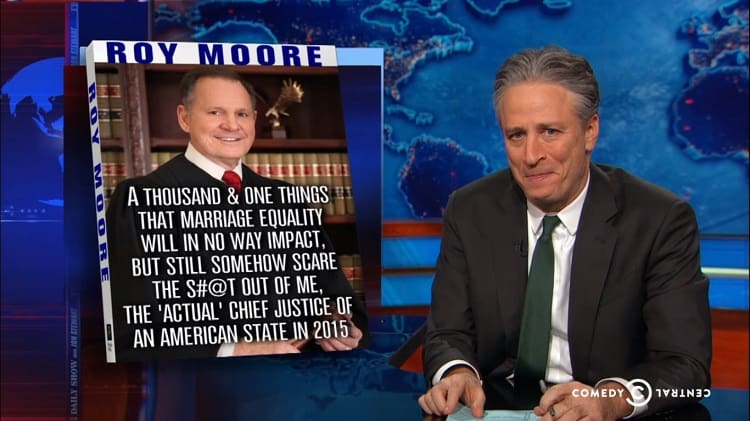 1. “The change in people’s attitudes on that issue has been enormous. In recent years, people have said, ‘This is the way I am.’ And others looked around, and we discovered it’s our next-door neighbor — we’re very fond of them. Or it’s our child’s best friend, or even our child. I think that as more and more people came out and said that ‘this is who I am,’ the rest of us recognized that they are one of us.” U.S. Supreme Court Justice Ruth Bader Ginsburg says America is ready to accept a positive ruling on marriage equality.

2. “I support traditional marriage and we should reject attempts by the Obama Administration to force same-sex marriage on all 50 states.” U.S. Sen. Ted Cruz reintroduced the State Marriage Defense Act, which would require the federal government to recognize only marriages that are valid under the laws of the state in which the couple resides.

3. “I don’t think [the White House] should be annoyed. If you look at what the president said and what I said they are not really that different. The fact is that the president acknowledged that he had frustrations with the gulf between his feelings and his personal views and the position he took publicly. That’s really what I was saying.” David Axelrod, former political aide to President Obama, stands by his account of the president misleading people on his true same-sex marriage views. Obama pushed back on the claims in an interview with Buzzfeed this week.

4. Transgender actress and activist Laverne Cox as been cast as a trans attorney in the CBS pilot “Doubt.” She will however return to “Orange is the New Black” for the show’s third season this summer.

5. VIDEO OF THE DAY: “You have f*cked yourselves with your own statute,” he added. “Or as I hope it becomes to be know — Brownbacking.” Jon Stewart gives us another reason we’ll miss him when he leaves the show later this year. See video above.