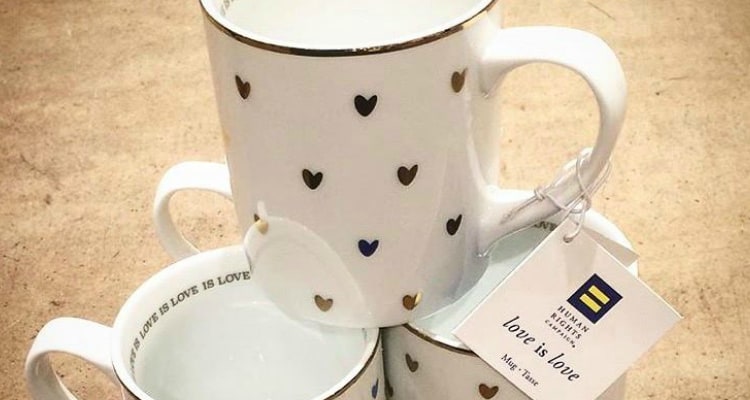 1. A leaked document from the Trump administration, which is allegedly a draft of a discriminatory executive order, hit the Internet yesterday. Contraception, adoption by LGBT parents, pre-marital sex, same-sex relationships, abortion and transgender individuals come under fire in the document, which is reportedly titled “Establishing a Government-Wide Initiative to Respect Religious Freedom.”

2. Upscale kitchen store Williams-Sonoma teamed up with Human Rights Campaign to launch a set of “Love is Love” mugs, just in time for Valentine’s Day. Proceeds will benefit HRC.

3. Lesbian Kilby Allen shares her story of growing up gay in the Mississippi Delta — and what it was like moving back to her hometown with her wife, Lindsay, though homophobia still hasn’t left the Deep South.

5. VIDEO OF THE DAY: The Doctor is out — Doctor Who, that is — and gay actor Ben Whishaw is supposedly the top bid for his replacement. Whishaw is known for a number of film roles, most recently as Q in the James Bond flicks “Skyfall” and “Spectre.” Take a look at his reveal as 007’s quartermaster: