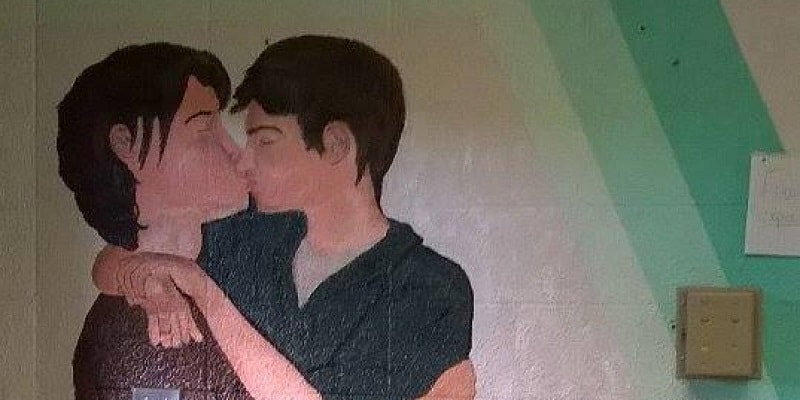 1. President Obama’s $4 trillion budget proposal includes a major change to the Social Security Act that will allow gay couples to receive spousal benefits regardless of where they live.

3. “There are a bunch of issues … What is appropriate? Should it be in a school, should you allow kissing? Should you allow same sex couples to have a picture of kissing?” A mural in a high school hallway showing two boys kissing has been covered up after the school received complaints.

4. “My guess is that, as an athlete, Robbie wants to win first and foremost — that’s what competition is all about. But, Robbie, you’ve also inspired a whole lot of folks here and around the world, and we are very proud of you.” President Obama commends openly gay MLS player Robbie Rogers.