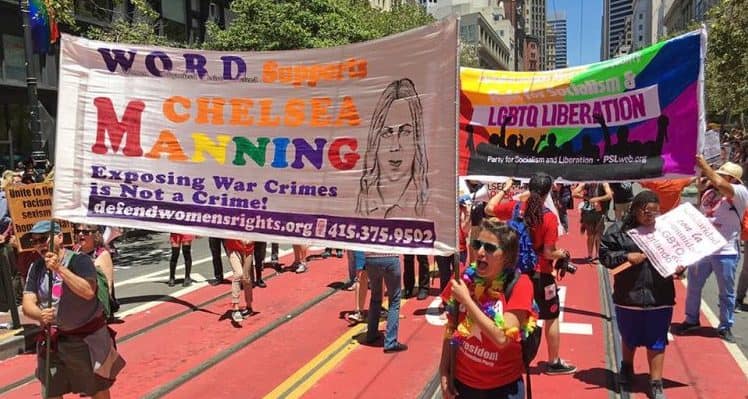 1. Betsy DeVos, Trump’s pick for education secretary, gets called out by a Minnesota senator for supporting organization that promote or support conversion therapy at her confirmation hearing.

2. Speaking of conversion therapy, Florida Rep. David Richardson (D-Miami Beach) re-introduced a bill to the state House to ban it. The bill was introduced in 2016 but didn’t last long.

3. ICYMI yesterday on our Facebook post, President Obama commuted Chelsea Manning’s sentence yesterday. Not all LGBT groups are pleased with the decision, including the Log Cabin Republicans. Manning was sentenced to 35 years in prison for leaking classified “secret” documents to Wikileaks. Her sentence was far longer than others for the same offense, which lasted at longest about three years, according to the New York Times.

4. Heading to the Women’s March on Washington this weekend to march for women’s, minority and LGBT rights? Here’s what you need to know.

5. VIDEO OF THE DAY: Out Olympic diver Tom Daley vlogs about his trip to Scotland, which included plenty of time practicing in the pool.