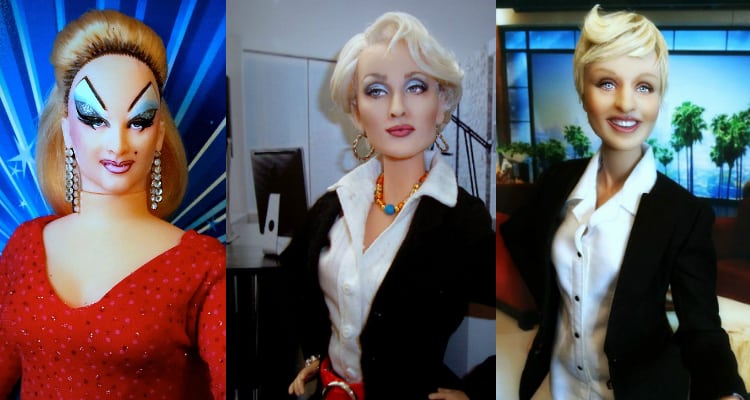 1. Remember that “Lavender Scare” apology that the US State Department made a few weeks ago? Well, that seems to be null and void, given that the apology was removed from the government website, along with other LGBT pages.

2. Bette Midler, Madonna, Lady Gaga … all gay icons immortalized as beautiful dolls. See the artist’s Instagram account for all of his creations.

3. The Virginia state legislature is moving forward with two pro-LGBT bills, one to ban discrimination against state employees based on gender and sexuality, and the other to add LGBT-specific protections to an existing housing law.

4. Meanwhile in Texas, the state government heads in the opposite direction. Its Supreme Court plans to hear a case about whether or not equal marriage means equal marriage benefits for same-sex couples.

5. VIDEO OF THE DAY: “America’s Next Top Model” contestant Kyle McCoy, who identifies as gender queer, was voted off the show last night. Sparks flew earlier in the show between her and fellow contestant Marissa Hopkins, leading viewers to wonder if a romance might develop during Cycle 23.