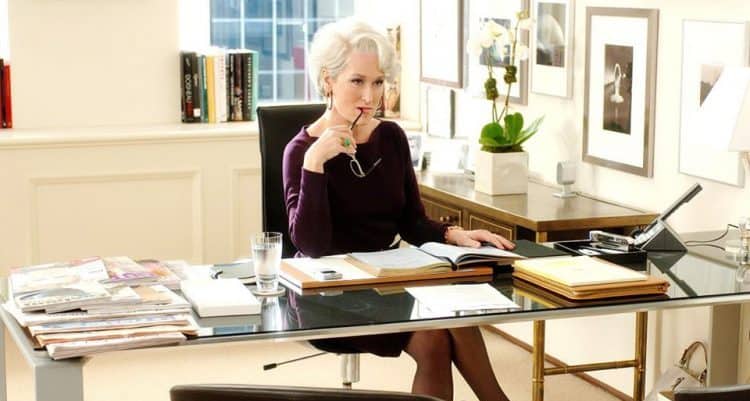 1. Yep, you’re reading this right: Miranda Priestly is coming to Broadway. The musical features songs by Sir Elton John. It’s in development, and the show’s debut date has not yet been announced.

2. So much for being a one-time “Minister for Women and Equalities.” UK Prime Minister Theresa May spoke to Congressional Republican leaders this week, and though she praised their conservative values, made no mention of the GOP’s stance on anti-LGBT policies. May received a standing ovation.

3. These 100 members of the LGBT community should be on your radar in 2017, according to digital magazine Unicorn Booty.

4. The Human Rights Campaign will honor journalist Katie Couric with its Upstander Award this year. Couric will accept the award at HRC’s Time to THRIVE conference in April.

5. VIDEO OF THE DAY: Oscar-winning director Barbara Kopple’s latest film tells the story of transwoman Gigi Lazzarato, known on YouTube as Gigi Gorgeous. Lazzarato posted fashion and beauty videos before transitioning, and came out to an audience of millions.