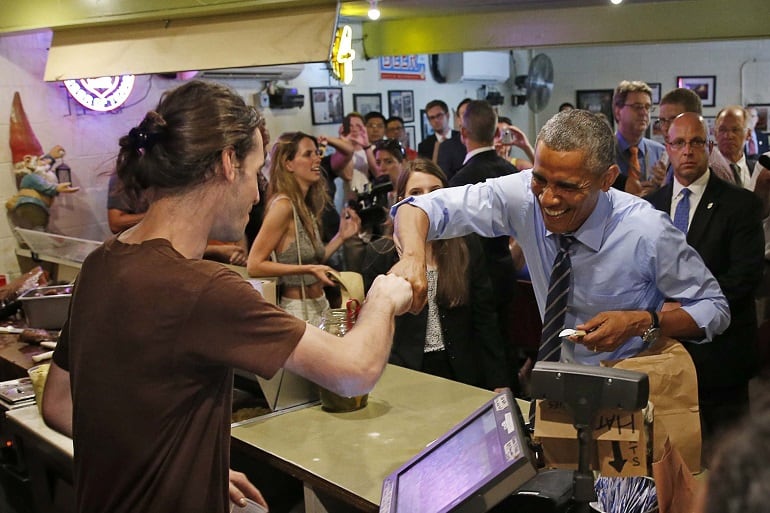 1. “If Rick Perry would’ve walked in, I would have lost my job. I would’ve taken that old queen to town.” Gay Austin, Texas barbecue restaurant employee reveals details of President Obama’s lunch visit, where the president fist-bumped the man after he exclaimed, “Equal rights for gay people!”

2. U.S. Attorney General Eric Holder says that if/when any marriage equality cases reach the Supreme Court, the Department of Justice will file a brief with the court in support of same-sex marriage.

3. “A part of me didn’t know if Australia wanted its champion to be gay. I am telling not only Australia, I’m telling the world that I am and I hope this makes it easier for others now.” Retired swimmer and five-time Olympic gold medalist Ian Thorpe came out.

4. The World Health Organization, citing an “exploding” HIV epidemic, is for the first time recommending PrEP for all men who have sex with men.

5. VIDEO OF THE DAY: Trans activist and Emmy-nominated “Orange is the New Black” actress Laverne Cox is featured in John Legend’s new video about positive body image, called “You & I.”