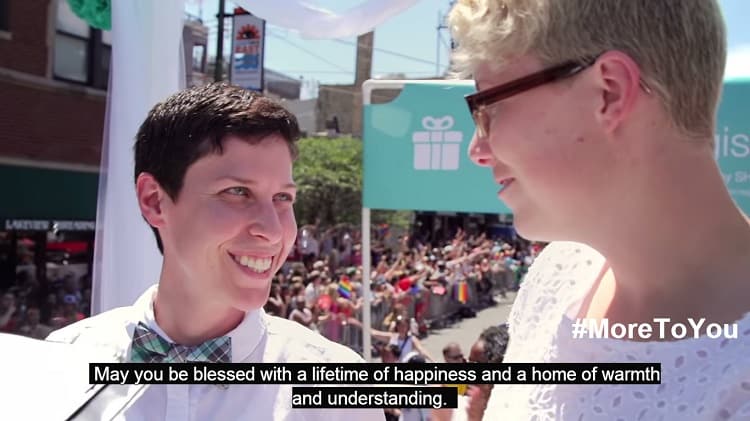 1. “With gay marriage now legal in 19 other states, there’s no longer any reason for Bondi’s lawyers to pad legal briefs with mushy speculation about the imagined horrors. We’ve now got 19 laboratories out there. If gay marriage was indeed detrimental to ‘traditional’ man-woman marriage, Bondi ought to be able cite hard evidence.” Miami Herald columnist Fred Grimm pounces on Florida Attorney General Pam Bondi for her insistence on defending the state’s gay marriage ban, which a judge ruled unconstitutional last week.

2. “I am pretty proud that we have the kind of relationship in which you felt comfortable coming out to me at 13 years old. I am hoping that we have created an environment in our house in which you know you are loved, you are safe, and that we will support you and fight for you.” Queerty with an encouraging letter from a mother to her gay son.

3. In the wake of the Hobby Lobby decision, a poll shows 61 percent of Americans think the government should require religiously affiliated groups that receive government funding to provide health care benefits to partners of same-sex employees.

4. Everything’s bigger in Texas. UCLA’s Williams Institute says the legalization of same-sex marriage in Texas would bring in a whopping $181 million to the state and local economy in the first three years.

5. VIDEO OF THE DAY: Sears released this emotional video showing four gay couples getting married during the Chicago Pride parade. It was the first parade since marriage equality went into effect in Illinois on June 1.