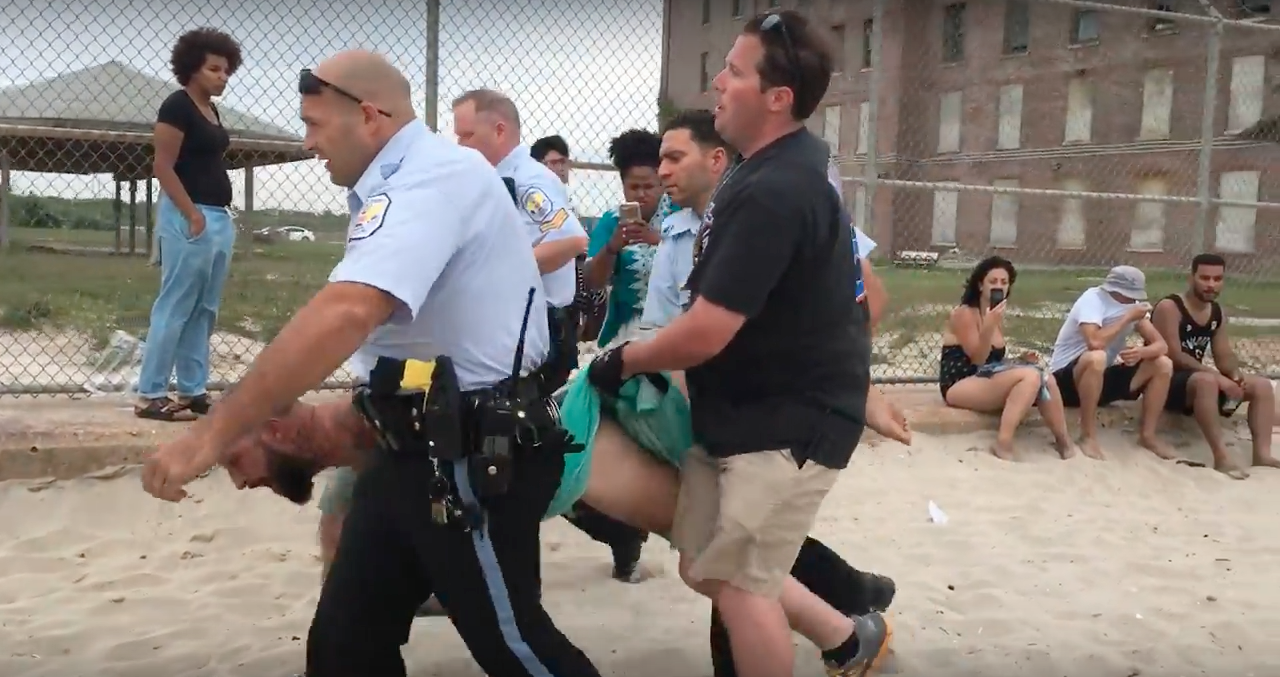 1.The July 4 arrest of Brooklyn-based photographer Krys Fox on Jacob Riis Beach is gaining attention online and among the city’s frequent LGBT beachgoers. Fox was naked when taken into custody with only a towel to cover his genitals.

2.If there was any doubt where Donald Trump stands on HB2, North Carolina’s discriminatory tran bathroom bill, he’s clearing it up. Speaking to the Raleigh News & Observer today, Trump said he had “looked into” the issue and agreed with North Carolina’s Governor Pat McCrory who has defended the law.

3.Have you wondered about the origin and definition of the term “Latinx?” You may have noticed its increased use throughout 2016 and after the Orlando shooting. HuffPost explains.

4.Duck Dynasty’s Phil Robertson is at it again. Did you know LGBT people are responsible for murdering 160K people? Neither did we. Let the conservative darling explain.

5. VIDEO OF THE DAY: In this Hallmark short film, a son comes out to his dad before prom. You might want to grab a tissue.