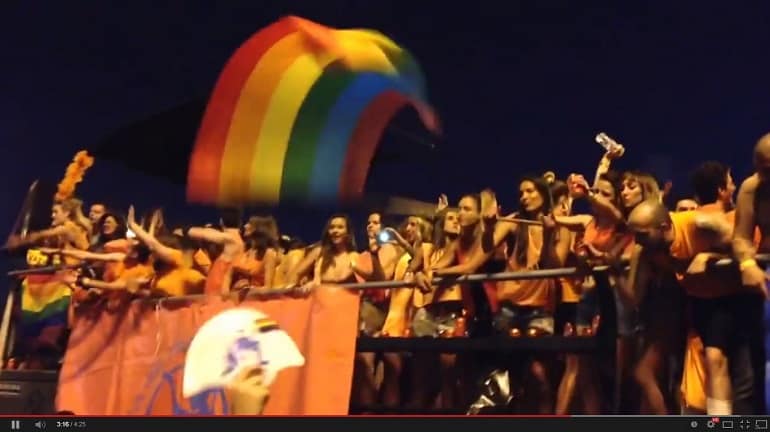 1. An Australian study of 315 same-sex parents and 500 children shows that the children were ‘happier and healthier’ than their counterparts with straight parents.

2. Slate with an article on how “Gay couples may soon have to choose between getting married and not getting fired.”

3. “Even as gay equality becomes one of the fastest-advancing civil rights causes in history, reactionaries are still turning back the clock for women. Why?” The Daily Beast gives 10 reasons why women are losing and gays keep winning.

4. “There’s nothing wrong with gay, white, male television characters. The problem arises when that becomes the only example of gay life that we see.” Vox takes a look at how the only gay stories Hollywood tells are those of white men.

5. VIDEO OF THE DAY: Watch highlight’s from Saturday’s Madrid Pride parade, where more than a million people took to the street to celebrate.