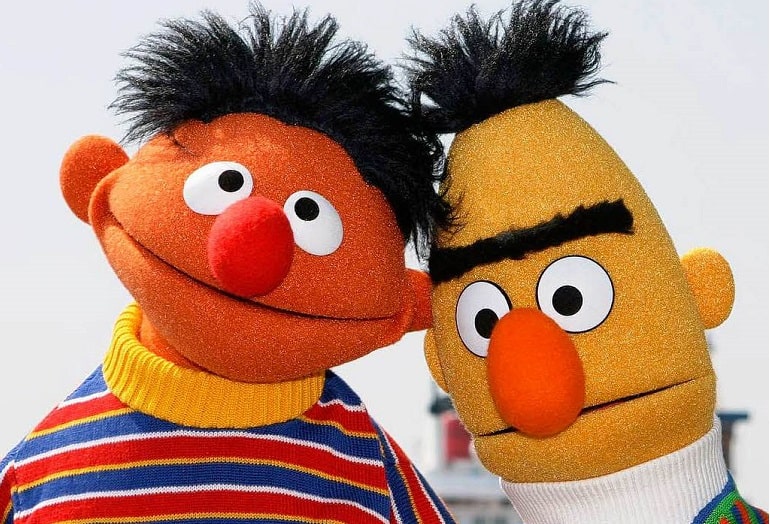 1. “It is possible to be a faithful Christian who loves God and loves the scriptures and at the same time to believe that the handful of verses on same-sex intimacy are like the hundreds of passages accepting and regulating slavery or other practices we today believe do not express the heart and character of God.” POLITICO on how evangelicals are changing their minds on marriage equality.

2. There go those queer subversive activists Bert and Ernie again, stirring up trouble. A baker in Northern Ireland is refusing to fill an order for a cake featuring the two with the message “Support gay marriage” on it.

3. “Maybe being gay made me a storyteller because I fantasized so much about being straight from a very early age.” The gay-friendliest writer in television comes out in his 50s.

4. This must have taken forever to download. An archaeologist in Greece has reportedly discovered some of the oldest gay erotica in the world, dating to the fifth and sixth centuries BC.

5. VIDEO OF THE DAY: Check out Adam Lambert channeling Freddie Mercury as he and Queen perform “Somebody to Love” in Las Vegas this past weekend. The tour continues through the end of the month.