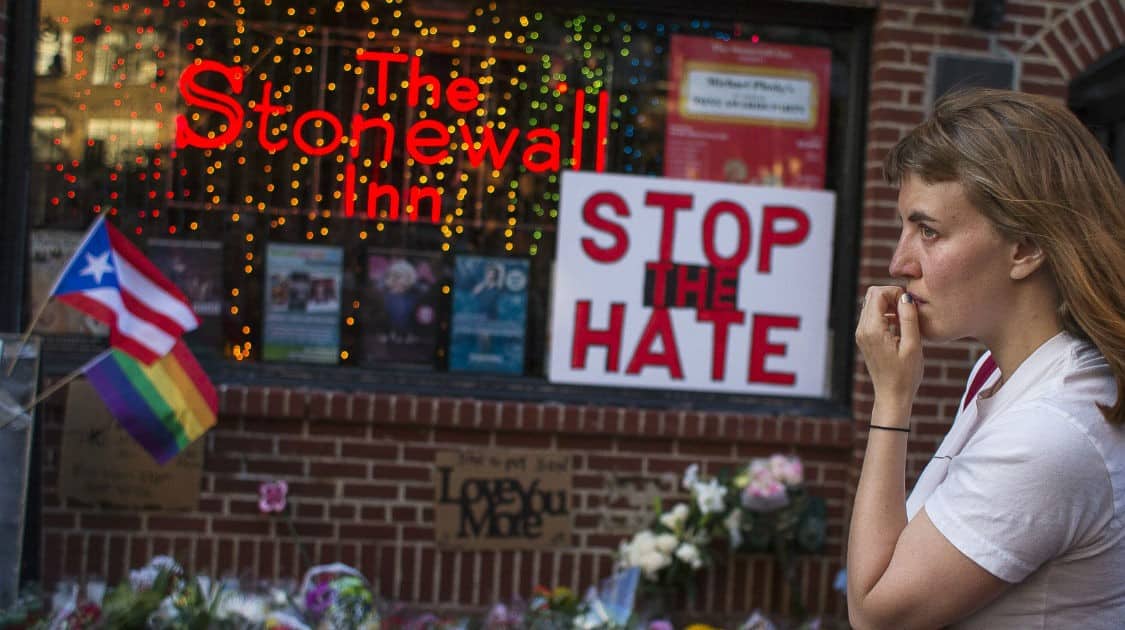 1)Think Progress examines how conservative politicans are tripping over themselves to avoid mentioning the LGBT angle of the Orlando massacre by scapegoating Islam. “Radical Islam inspired the shooting, the argument goes, and so radical Islam deserves 100 percent of any blame or outrage that follows.”

2)The Daily Beast offers  background information on everything known so far about the 49 people whose lives were cut short in Orlando.

3) “Mommy I love you. I’m gonna die.” That is how Eddie Justice started what would end up being his  last conversation with his mother as he hid inside a bathroom at Pulse nightclub.

4) Not only did Lin-Manuel Miranda win a Tony for Best Original Score for his historic musical “Hamilton,” he opted to accept the award by reciting a heartfelt sonnet.

5) VIDEO OF THE DAY: UK gay journalist Owen Jones stormed off the set of Press Preview during a recent  interview about the Orlando massacre. Press Preview is often considered the Fox News equivalent in the UK.