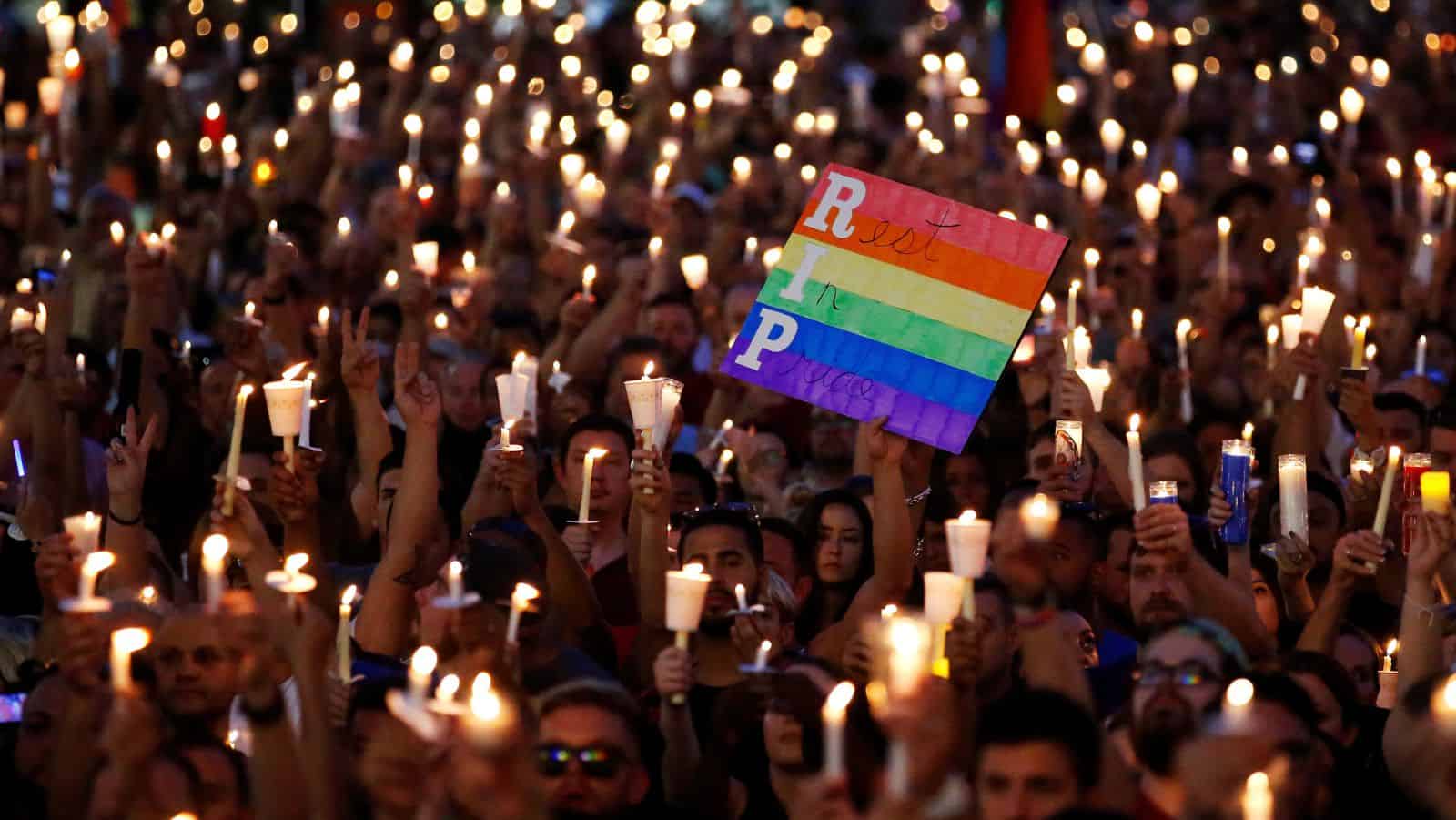 1. “A mother texting with her son and saying he was afraid and he was going to die. That is a milestone. In my generation, I’m 42, I kept it hidden and I didn’t have the kind of relationship with my family that I would have told them that I was at a gay bar.” The New York Times looks at how the Orlando shootings are stitching together gays and Latinos.

2. The hashtag #TwoMenKissing and #TwoWomenKissing has been trending since the shooter’s father said that his son got very angry recently after seeing two men kissing in Miami.

4. Quartz has a photo gallery showing how the Orlando victims have been remembered around the world, even in countries where being gay is illegal.

5. VIDEO OF THE DAY: “Love does not despair. Love makes us strong. Love gives us the courage to act. Love gives us hope that change is possible. Love allows us to change the script. So love your country, love your family, love the families of the victims and the people of Orlando, but let’s remember that love is a verb, and to love means to do something.” Stephen Colbert opened last night’s “The Late Show” with this moving message about the Orlando shooting.