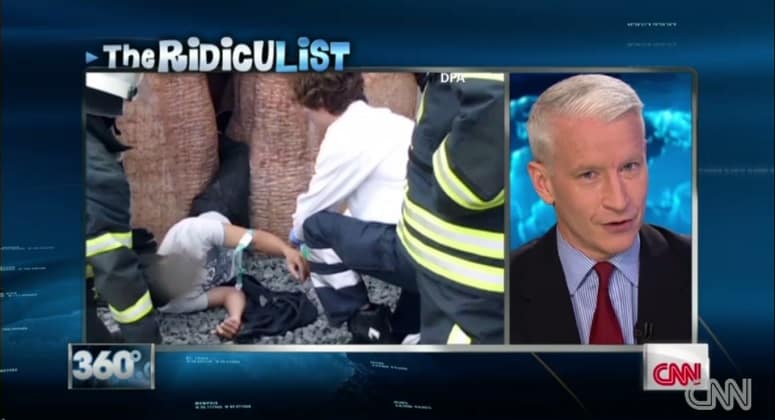 1. “Did we have a lot of people in the closet in the administration? I used to say we had an entire warehouse.” POLITICO goes “Inside George W. Bush’s Closet.”

2. Actor Shia LaBeouf, inching closer every day to becoming completely unhinged, allegedly hurled a gay slur at police officers after being arrested during a Broadway performance of “Cabaret.” The actor was being disruptive and smoking during the performance.

4. What’s that saying about not assuming things? “Wheel of Fortune” host Pat Sajak asks gay contestant about the woman in his life.

5. VIDEO OF THE DAY: “I’m no expert on vaginas…but I know enough to know that you are not supposed to go in feet first.” Openly gay CNN anchor Anderson Cooper tries to stifle a laugh as he reports on a man getting stuck in a giant vagina sculpture. Video above.