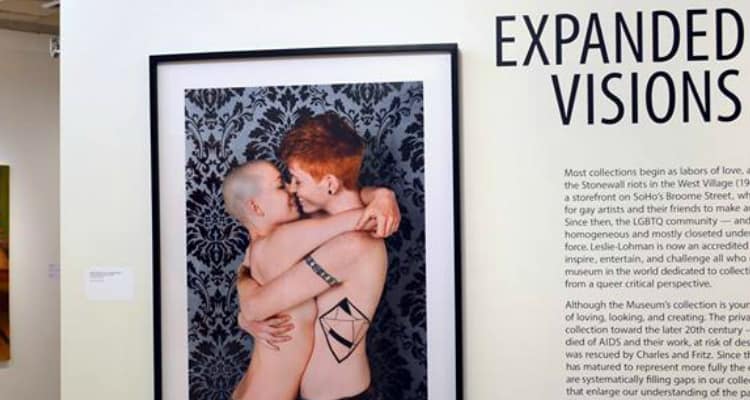 1. Former Wyoming Republican Sen. Alan Simpson has some words for the president about signing a federal “religious freedom” law: Don’t do it.

2. The future is brighter today for transgender med school students. See what Boston University and the area’s medical community are doing to make care and curricula more inclusive.

3. New York’s Leslie-Lohman Museum of Gay and Lesbian Art just reopened after an expansion. On display now through May 21 are hundreds of previously unseen works in a new exhibit called “Fifty Years of Collecting,” including pieces of Andy Warhol’s “Sex Parts” and a collection of Robert Mapplethorpe’s photographs.

4. Grindr isn’t as known for meeting your soulmate. But is it possible to meet your true love through the app?

5. VIDEO OF THE DAY: NBC’s “Nightly News” examines the string of murders against transwomen this year.