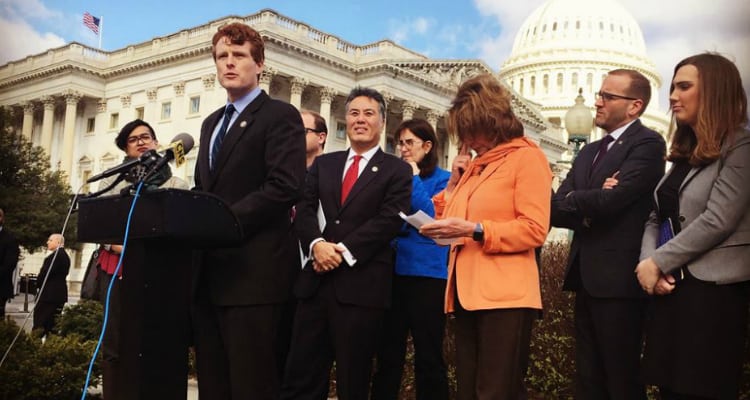 1. Rep. Joe Kennedy III (D-Massachusetts) is the new leader of the US House’s relaunched Transgender Task Force, which seeks advancement in healthcare, health disparities and education for transgender Americans.

2. A new study in Australia is looking into the much-neglected mental health needs of individuals who identify as bisexual or pansexual. About 2,000 people have responded to survey responses related to the survey’s data collection.

3. A man in the UK was sentenced to 21 years in prison this month after he was found guilty of raping his lesbian daughter, to “show her why it would be better to have sex with men.”

4. University of Michigan anthropologist Jennifer Robertson delves into the sexual history of Japanese culture: androgyny of fashion, same-sex relationships as part of normal life and the “gender-more.”

5. VIDEO OF THE DAY: Comedian Sampson McCormick pokes fun at methods used by some religious communities during gay conversion therapy. It’s a way to raise awareness about the real dangers that could be caused by this process, which is supported by Vice President Mike Pence.