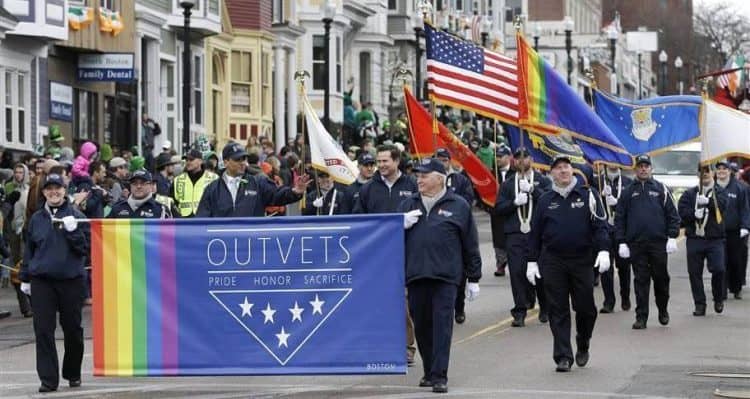 1. LGBT activists and allies alike are furious after OutVets, an organization for gay military veterans, was denied the ability to walk in Boston’s St. Patrick’s Day Parade. OutVets participated in the parade for several years (after a Supreme Court decision said it was a violation of the First Amendment to force the parade group to allow OutVets in), only to have their participation revoked in 2017. The grand marshal resigned in response and Boston’s mayor spoke out against the decision.

2. Nigerian-born Mikael Owunna found it’s hard to find common ground between his identity as queer and his African identity. He decided to create his own queer, African home through photos documenting the shared experience of other LGBT-identifying African immigrants.

4. Human Rights Campaign is following about 100 anti-LGBT bills in state legislatures right now. Here’s some of special note to keep an eye on …

5. VIDEO OF THE DAY: Just enjoy a Coke and a smile with this one today, folks.