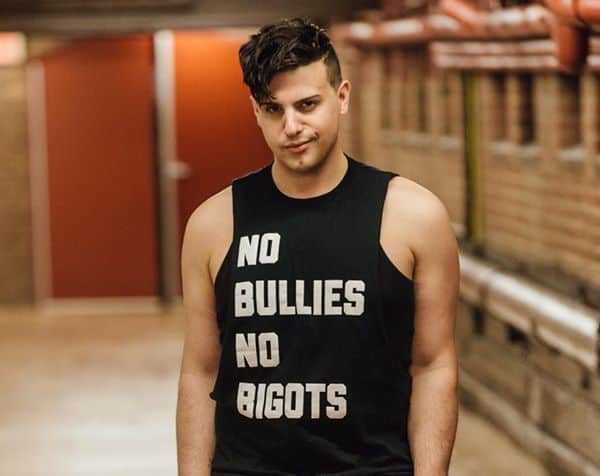 1. “So why do we need a law to dictate that people who identify as men have to go to the ladies room and people with identify as ladies have to go to the mens room. We had laws like that once. We used to say that we didn’t want white people to have to be uncomfortable going to the bathroom with black people.” This congressman went off on GOP “cisgender bigots” over North Carolina’s anti-LGBT bill.

2. Hillary Clinton met with HIV/AIDS activists on Thursday, calling for the expansion of the use of PrEP and saying, “We do have the tools to end this epidemic once and for all.”

3. Gay dating/hookup app Jack’d has a new line of apparel that includes a “No bullies, no bigots” t-shirt to counter a retailer’s recent “No fats, no femmes” t-shirt.

4. “Before posting, I thought about what people might say because this photo made it clear that we’re together, but then I realized that the reactions of others didn’t matter to me. I wanted people who are fans and supporters to know who I really am.” WNBA player Stefanie Dolson came out in an interview in ESPN: The Magazine.

5. VIDEO OF THE DAY: The United Nations released an inspirational video about the fight for LGBT rights around the world.