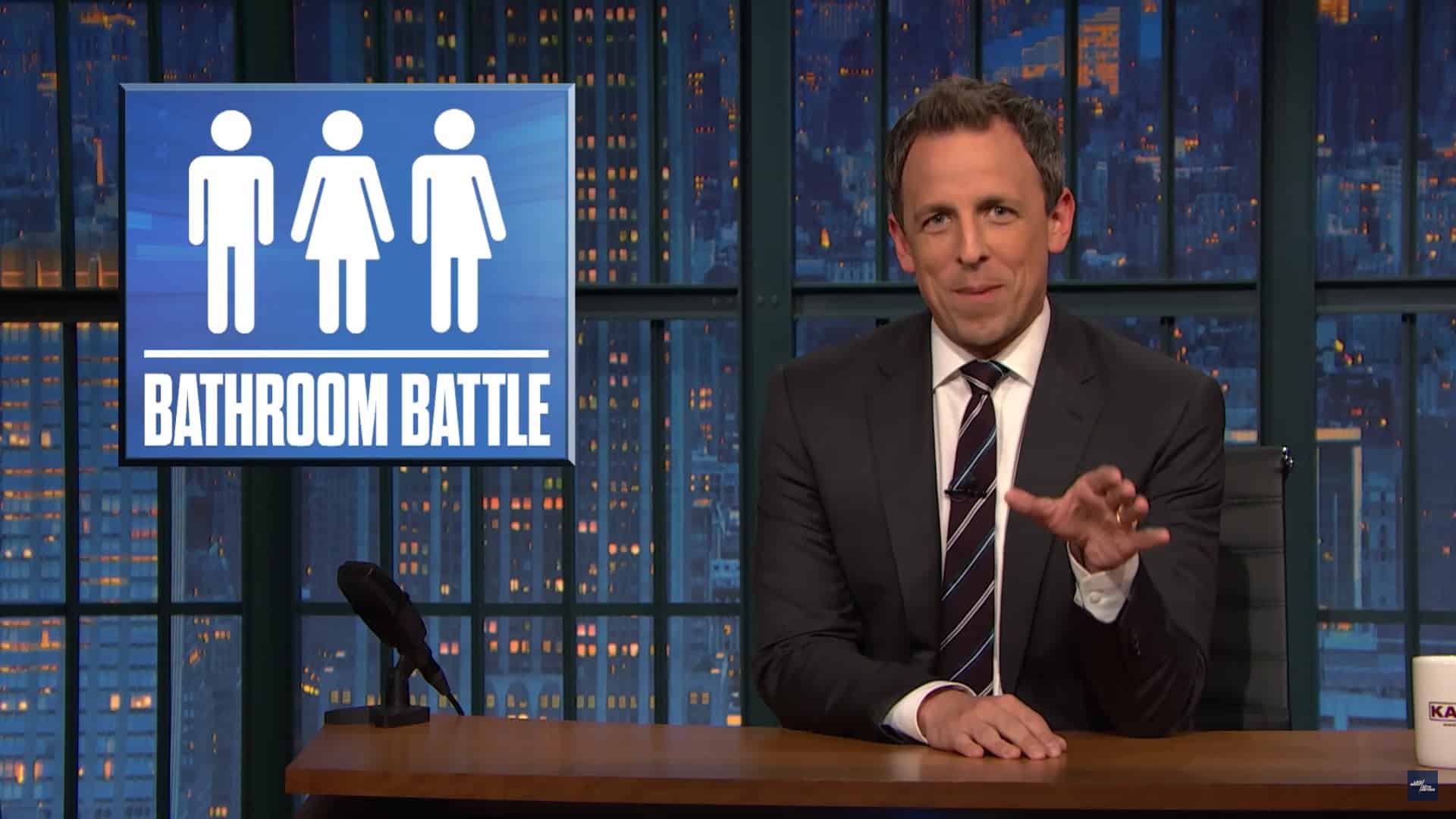 1. Two congressional Democrats this morning introduced the Do No Harm Act, which would ensure that the federal 1993 Religious Freedom Restoration Act is not used for anti-LGBT discrimination.

2. You might have read in 5 Things recently about the gay pastor in Austin, Texas who claimed that Whole Foods wrote a homophobic message on his cake. Yeah, he lied.

3. A gay man who was assaulted for wearing a dress has posted an empowering photoshoot he took part in for an LGBT publication.

4. Don’t miss this story about what happened after this transgender dad gave birth to his first child.

5. VIDEO OF THE DAY: Seth Meyers takes on the controversy over transgender people using bathrooms that match their gender identity, pointing out that this isn’t the first time in American history that the bathroom has become a battleground.