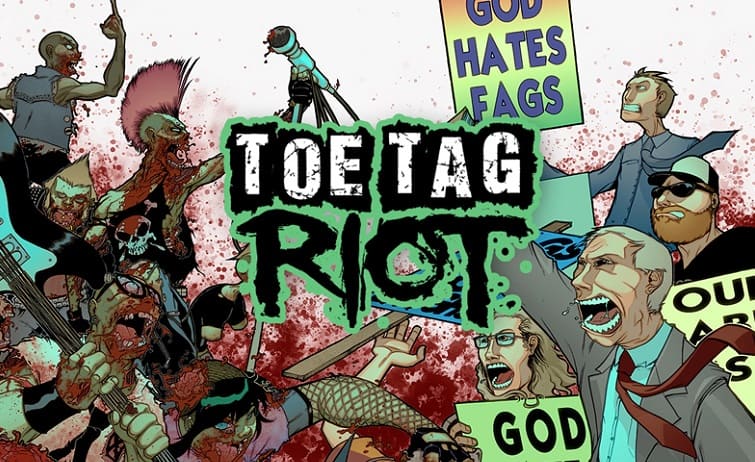 1. “I consider Westboro Baptist Church to be largely irrelevant losers who are only good as cartoon villains and zombie food. I think they were put on this Earth to mock and laugh at and that’s just what we’re doing here.” Westboro Baptist Church (‘member them?) have accidentally promoted a comic book about a zombie punk band with lesbian and bisexual members battling the WBC. Bless their hearts.

2. Don’t miss this first-person account from The Stranger about a young gay Iranian man’s fight to be granted asylum in Canada.

3. Storme DeLarverie, a lesbian and drag king who was clubbed by police during the Stonewall Riots in 1969—and who hit them right back—has passed away at the age of 93. UPDATE: David Carter, author of “Stonewall: The Riots That Sparked the Gay Revolution,” contacted The GA Voice and claims that based on his research, Storme DeLarverie was not the woman in question who played a pivotal role at the Stonewall Riots.

4. “Yeah, he probably was [conflicted about being gay], being from that generation, especially from a small town upstate. I was not aware, much, of it. I wish we had spoken about it much more. My mother didn’t want to talk about things in general, and you’re not interested when you’re a certain age.” Actor Robert De Niro talks about his gay father, the late artist Robert De Niro, Sr.

5. VIDEO OF THE DAY: 25-year-old Ben Hobson, a married father of two, buried his true feelings with alcohol, until he quit drinking, realized he was gay and told his wife and family. This is his coming out video.