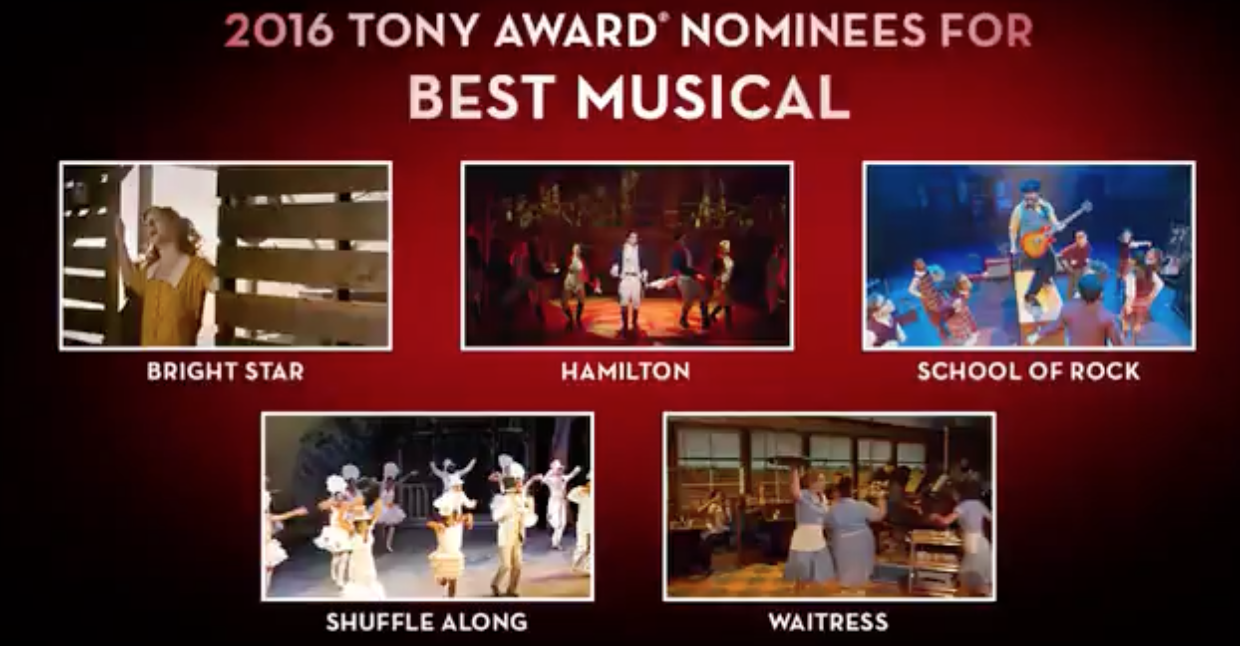 1.The 2016 Tony Award nominations were announced this morning, and as expected, Hamilton: The Musical dominated with a record breaking 16 nominations.

2. Hollywood movies in 2015 had about the same number of LGBT characters as the year prior, but those characters were far less racially diverse, according to a recent GLAAD study.

3. A Catholic school in West Des Moines, Iowa is refusing to allow a gay student to be presented with the Matthew Shepard Award he earned for his LGBT rights advocacy. Liam Jameson says the rules were changed in order to specifically prevent him from receiving his award.

4. Rod McCullom takes a look at “The Perfect Storm Facing Black Men on HIV” for The Advocate. McCullom includes a variety of black gay voices in the fight against HIV, including Atlanta’s Daniel D. Driffin. “Atlanta is resource-rich — at least on paper — when it comes to HIV services. But many of those resources do not [reach] black gay men on the street,” says Driffin.

5. VIDEO OF THE DAY: Anti-trans protesters are showing up at Target stores across the country in opposition of Target’s policy to allow transgender individuals to use the restroom that aligns with their gender identity.