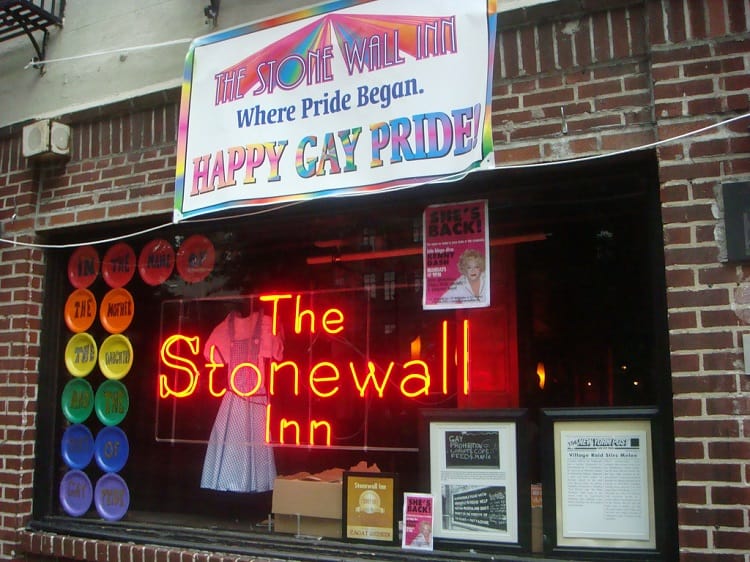 1. President Obama is poised to declare the first-ever national monument recognizing the struggle for LGBT rights, singling out a sliver of green space and part of the surrounding Greenwich Village neighborhood where the Stonewall riots took place in 1969.

2. In Myanmar, Rohingya Muslims are denied voting rights and access to health care. In Tajikistan, the government suppresses all religious activity not under its direct control. In Nigeria, the government has “no effective strategies to stem the violence” carried out by Boko Haram, the Muslim extremist group. Here are some countries where—unlike in the United States—religious freedom actually is under attack.

3. A 17-year-old girl brought a crowd to its feet and others to tears after urging her school district in Canada to update their diversity policies to better include LGBT people.

4. Meet 14K, who Broadly is calling “the godfather of black gay Los Angeles.”

5. VIDEO OF THE DAY: The Jehovah’s Witnesses are using this anti-gay cartoon to try and convince children to oppose marriage equality and to tell their children of same-sex parents that it’s wrong.