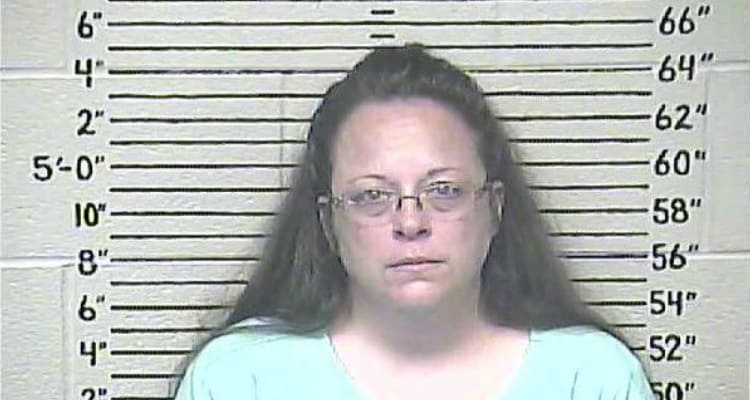 1. Kim Davis made national headlines after she refused to give a same-sex couple a marriage license based on her religious beliefs. Though the couple did eventually obtain the license, a three-judge appeals court panel said this week that the two could still seek damages based on Davis’ original refusal.

2. Did politics and pro-LGBT sentiment play a role in the recent layoffs at ESPN? Outsports investigates.

3. The Federal Bureau of Prisons will now have a LGBT representative in every facility as part of its affirmative employee program. As part of the directive, more than 100 prisons also must hold at least one LGBT-inclusive diversity program, too.

4. NPR sat down this week with Max, a 13-year-old nonbinary teenager, to learn about what it’s like to be both a kid and agender.

5. VIDEO OF THE DAY: Playwright William M. Hoffman, who wrote the pioneering AIDS play “As Is,” passed away this week. The play was adapted in 1986 as a movie, a portion of which you can watch here in Hoffman’s memory.