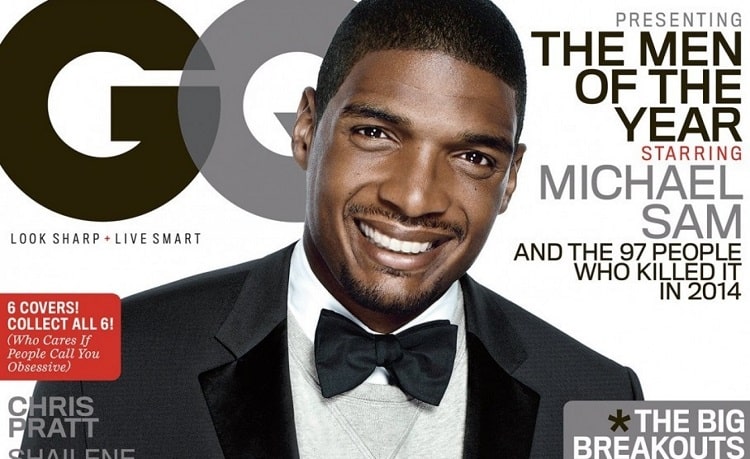 1. Michael Sam, the first openly gay NFL player to be drafted, nabbed a GQ Man of the Year cover.

2. Al Jazeera America on the 12 states where it’s legal for gay couples to marry, but also legal to fire someone for being gay.

3. A Missouri homeless shelter is refusing to allow a legally married gay couple to stay together in the facility.

4. Benjy the gay bull has been saved from slaughter by “The Simpsons” co-creator Sam Simon. Yes, that’s a real sentence.

5. VIDEO OF THE DAY: A star-studded lineup of artists, including out singer Sam Smith and maybe possibly bisexual singer Harry Styles of One Direction, remake “Do They Know It’s Christmas?” for Band Aid’s 30th anniversary.