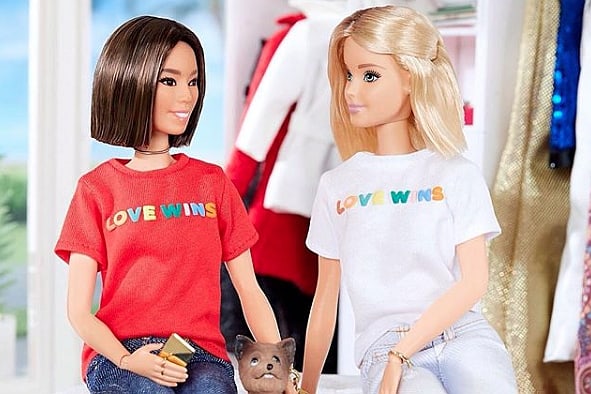 1. A photo of a “gay Nativity” scene in a Los Angeles neighborhood has been shared over 22,000 times on Twitter. Comedian Cameron Esposito posted the photo of the display, which features two Josephs wearing pink and kneeling beside Baby Jesus.

2. The CDC has issued a new report indicating that people are getting HIV diagnoses more quickly after infection than in the past, by seven months, which officials call “an encouraging sign.”

3. The classic fashion doll Barbie is now a proud LGBT ally. Doll-sized “Love Wins” T-shirts are being sold online, with 50 percent of profits going to the Trevor Project, which supports LGBT youth.

4. Grammy nominations have been announced, and this year, numerous LGBT artists are in the running, including Lady Gaga, Kesha, Justin Tranter, Kehlani and Shane McAnally. Gay icon Bette Midler has also been nominated for her vocals on the cast recording of Broadway’s revival of “Hello Dolly.”