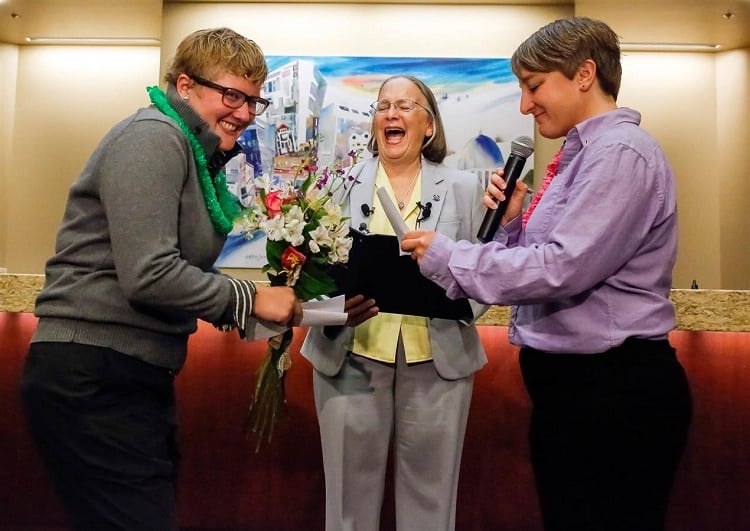 1. Photos from the first same-sex marriage licenses being issued in Idaho Wednesday morning.

2. “Gay marriage is legal in Alaska! Gay couples will have the right to celebrate the traditional Alaskan way — by having Bristol Palin cold-cock one of their guests!” Stephen Colbert on the striking down of Alaska’s gay marriage ban.

3. Queer actor Ezra Miller (“We Need To Talk About Kevin,” “The Perks of Being a Wallflower”) will play the lead in a stand-alone movie of The Flash in 2018.

4. “The crew thinks this is very funny, but it makes you uncomfortable. Uncomfortable and, it will ultimately turn out, gay. Burt Reynolds’ kiss makes you gay.” Newly named 2015 Oscar host Neil Patrick Harris on when he knew he was gay, from his new autobiography.

5. VIDEO OF THE DAY: Gloria and Lorna from “Orange Is The New Black” want you to support LGBT youth by wearing purple today for Spirit Day.