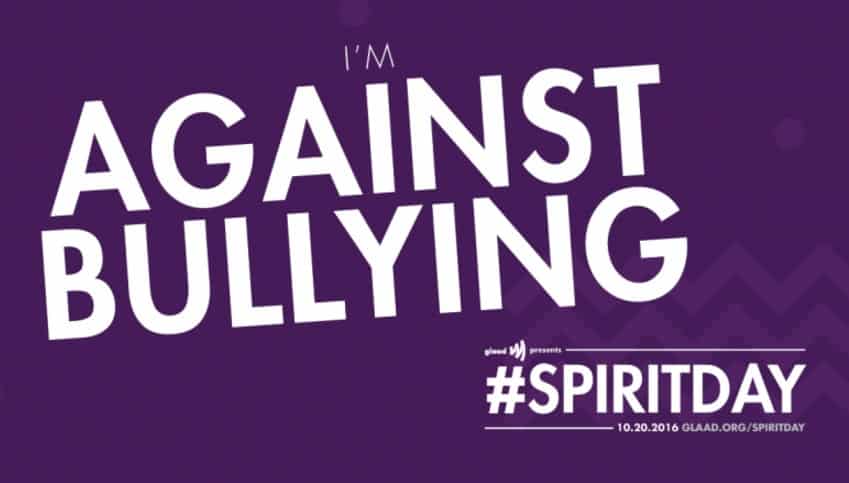 1. It’s Spirit Day! Go purple in a stand against bullying and to show your support for LGBT youth.

3. Eight Alabama counties continue to refuse to issue any marriage licenses, nearly 16 months after the Supreme Court found that same-sex marriage is a constitutional right.

4. The third season of Ryan Murphy’s “American Crime Story” will focus on the 1997 murder of gay fashion icon Gianni Versace and will be filmed simultaneously with the show’s second season, which will focus on Hurricane Katrina.

5. VIDEO OF THE DAY: This video by a Turkish band is raising awareness about violence against LGBT people and has been viewed nearly 3 million times.