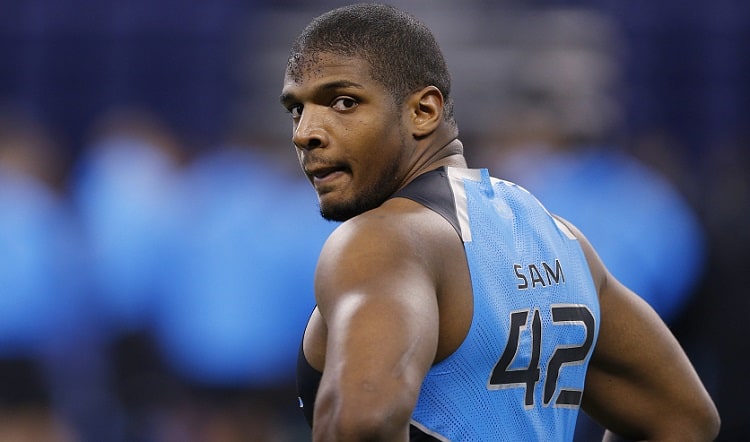 1. “With Sam being cut halfway through the NFL season and without ever stepping on the field during a regular season game, I think it will be a while before we see another player come out publicly. There just isn’t much upside and the perception will linger that by being out, Sam hurt his draft status and chance of landing on a team.” Outsports’ Jim Buzinski on the Dallas Cowboys release of Michael Sam from their practice squad yesterday.

2. “Your gender, religion, race, or sexual orientation has no effect on your ability to lead conversations. You can help others recognize the common ground and ultimately, you can change hearts and minds.” Speaking of Sam, here’s Jason Collins, the NBA’s first openly gay player, writing in HuffPo on finding common ground with others.

4. A Catholic school in New Rochelle, New York reportedly withdrew permission for a movie starring Julianne Moore and out lesbian Ellen Page to film on its grounds because the movie, “Freeheld,” is about gay rights.

5. VIDEO OF THE DAY: As much as it pains me to post a Taylor Swift video, it needs to be mentioned because of these lines in her new single “Welcome To New York.”