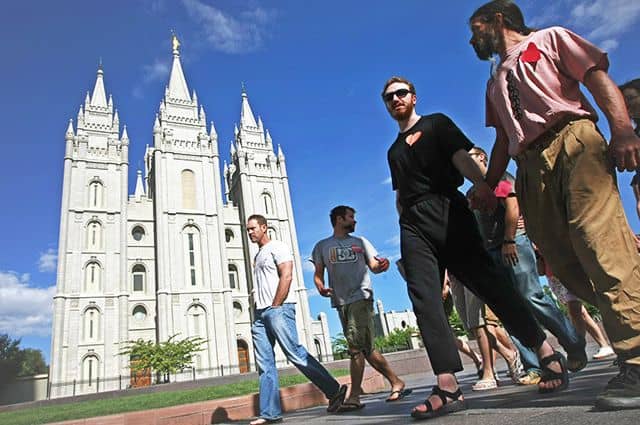 1. The Mormon Church has launched a new website, Mormon and Gay, that pushes for tolerance and acceptance of members of the LGBT community, though it doesn’t rescind last year’s decision to brand married same-sex couples as apostates.

2. 85-year-old Tom Doyle is fighting to keep the brownstone he shared for 55 years with his late partner after the will leaving him the apartment was invalidated, leaving the apartment to other family members.

3. A day after British Parliament voted down the Turing Bill, Scotland has approved their own version of the law that will automatically pardon those convicted of sexual offenses that are no longer considered criminal.

4. A survey conducted by the BBC found that 8 percent of British soccer fans would drop their favorite team if they had a gay player, though 82% said they would welcome a gay player.

5. VIDEO: From the rise of “Gays for Trump” to the recurring trend of “preferences” on dating apps, Gabe Gonzalez looks at racism’s presence in the gay community.