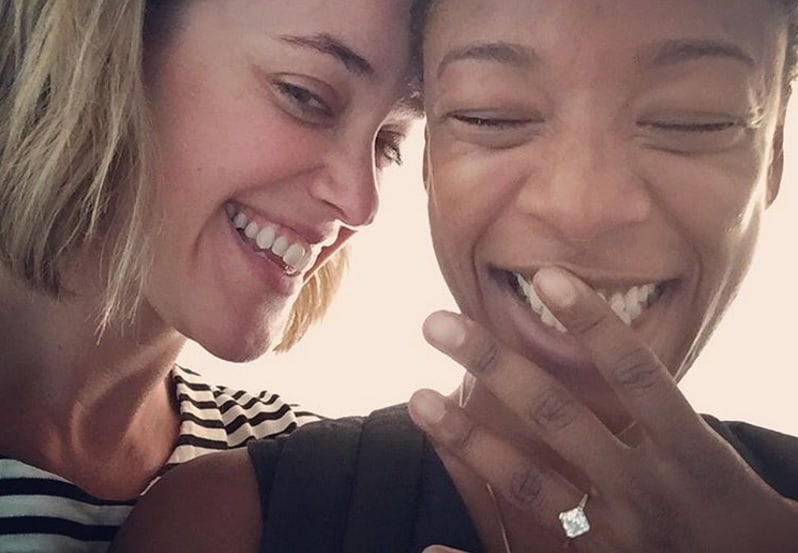 1. The same Massachusetts court that paved the way more than a decade ago for same-sex marriage nationwide ruled on Tuesday that a gay woman whose former girlfriend gave birth to two children can seek the same parental rights as the children’s mother.

2. A member of a county finance committee in Wisconsin wants to withhold funding from an aging and disability agency because an HRC sign is hanging there. He said that if an HRC sign is allowed to be hanged then so should a sign from the anti-LGBT Family Research Council.

3. “Queerness is an attitude that, when acknowledged as shared, can bring more people together than could ever be divided by it being used as a term of rejection. I think this attitude is what I carry above my head, without any effort or influence.” Actress Tilda Swinton is on the cover of November’s OUT magazine.

4. Congrats to “Orange is the New Black” actress Samira Wiley and writer Lauren Morelli! The pair announced their engagement on Instagram.