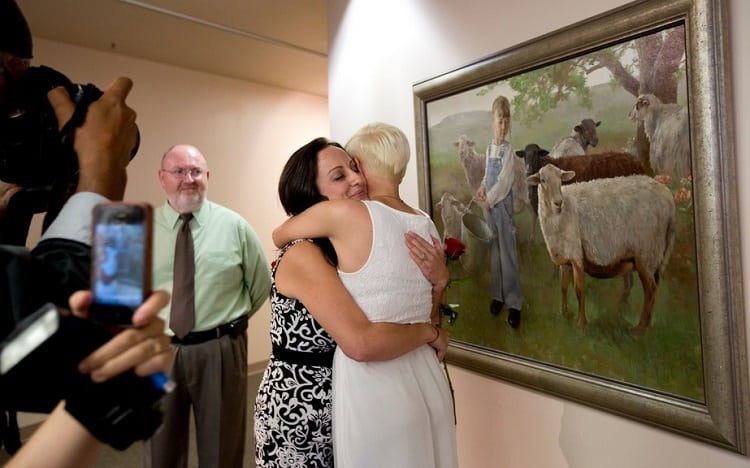 1. The Washington Post says that yesterday’s Supreme Court decision confirmed what we already knew—the fight over same-sex marriage is over.

2. The New York Times with “Scenes of exultation in five states as gay couples rush to marry” following yesterday’s decision.

3. “These are uncharted waters, but I have faith in our synagogue, and in the broader Conservative movement. It also seems to me that a clergyman who knows himself and doesn’t engage in concealment will be of great service to his flock.” The Atlantic with a piece on when your rabbi comes out as gay.

4. Buzzfeed with “22 times lesbians totally had the last laugh.”

5. VIDEO OF THE DAY: Man proposes to his boyfriend on “Ellen.”