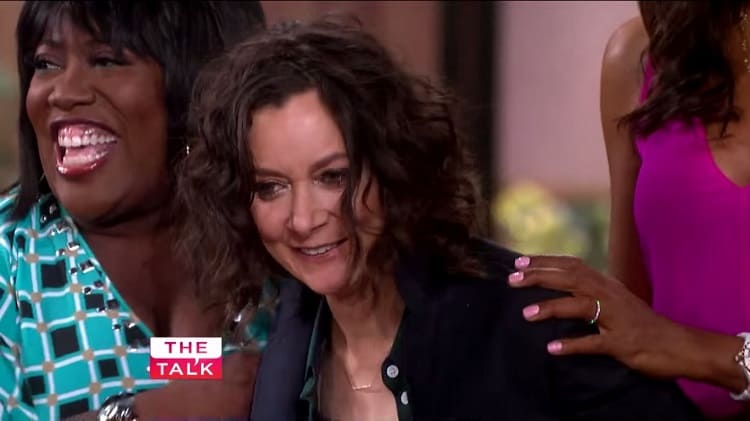 2. Betsey Johnson did a marriage equality theme for her fashion show at New York Fashion Week, including several drag queens and a transgender model.

3. “Fair dinkum. Never thought there’d be that many gay blokes who played rugby. Some bloody big boys out there. Good on ’em. Good luck to ’em.” The Guardian has a story on the Bingham Cup, the World Cup of gay rugby, which is named after Mark Bingham, the gay rugby player who was believed to be one of the passengers who rushed the terrorists on United Airlines Flight 93 thirteen years ago today. Bingham died along with 43 others when the plane crashed into a field in Pennsylvania.

4. Two straight men are getting married in New Zealand as part of a radio station contest that, in exchange, will send them on an all expenses paid trip to the 2015 Rugby World Cup.

5. VIDEO OF THE DAY: Love this! Watch “The Talk” hosts and the audience lose it when co-host Sara Gilbert announces her pregnancy. This is her first child with her wife, songwriter and producer Linda Perry, who married in March.