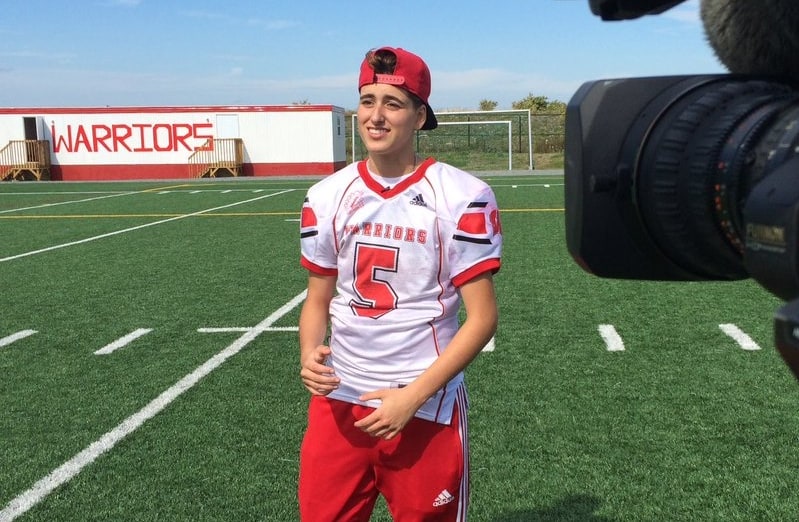 2. “I had a couple guys come up to me during training camp and say, ‘This is a family sport. This is all about family. It doesn’t matter who you are, you’re part of the family if you’re playing for this team.’ ” Don’t miss the Washington Post’s story on trans teen Kenny Cooley, who played in his first varsity football game last week.

3. Harper’s Bazaar India will have two trans models in a 9-cover series that includes Tyra Banks.

4. Notable comic book publishers are collaborating on a 144-page anthology called “Love Is Love,” with proceeds going toward Equality Florida’s efforts to aid the Pulse shooting victims and families. The comic will sell for $9.99 and is made up of more than 100 stories.

5. VIDEO OF THE DAY: “Do you think I am equal to you?” Lesbian Australian actress Magda Szubanski to government minister Fiona Nash in a debate on marriage equality. It comes at about the 3:25 mark.