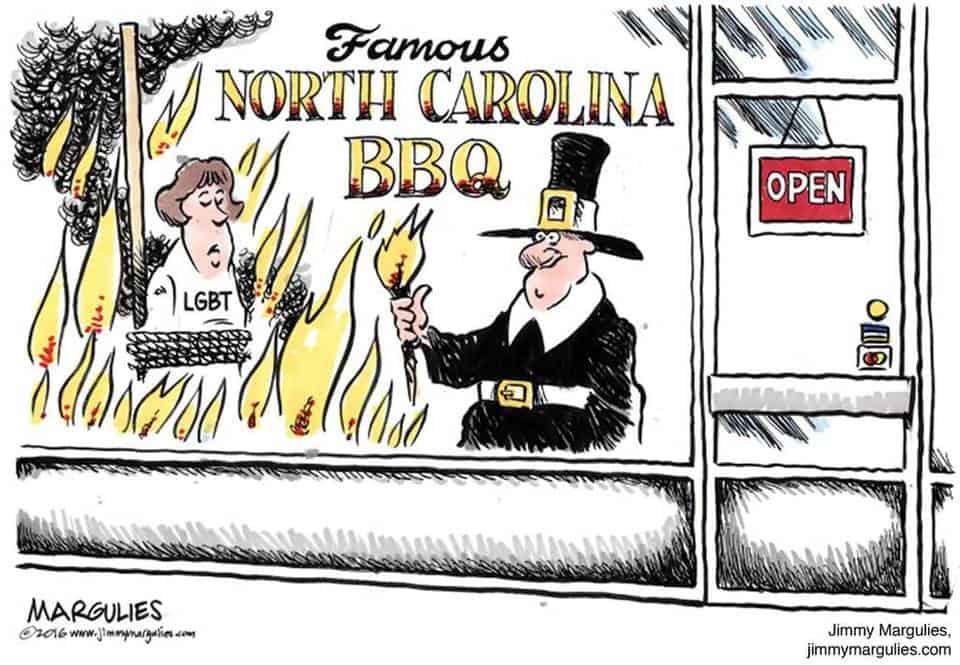 1. Here are 10 Celebrate Bisexuality Day quotes to mark the day.

2. The Washington Blade looks at how a Hillary Clinton victory in November could mean the appointment of an openly LGBT cabinet member for the first time ever. Former Houston Mayor Annise Parker’s name is being thrown around the most.

3. The Charlotte Observer rounds up the nation’s editorial cartoons poking fun at North Carolina and the anti-LGBT HB2.

4. “Somewhere, there’s a disconnect. AfterEllen is just one of the homes lesbian, bisexual and queer women will have lost in the last decade. It was a refuge, a community, a virtual church for so many. I’m not sure that some people outside of us can really ever understand that.” Popular lesbian blog AfterEllen will shut down on Friday.

5. VIDEO OF THE DAY: Two gay teens witness a shooting and barely escape with their lives, then struggle to keep their relationship a secret while avoiding the perpetrator in the new USA Network show “Eyewitness,” premiering Oct. 16.