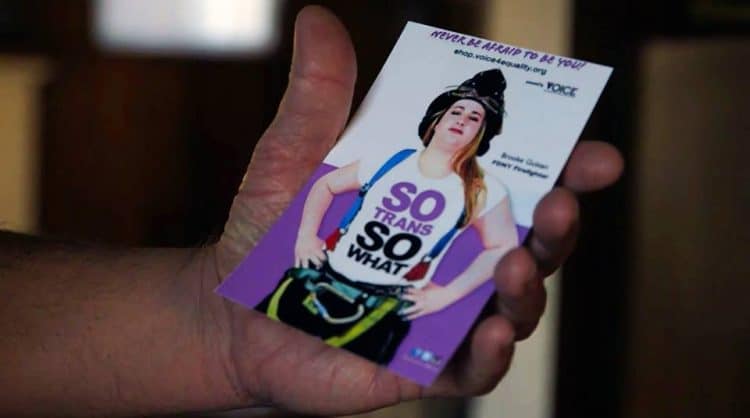 2. NPR interviews a lesbian couple about what it’s like to go through the adoption process when only one mother is a biological parent.

3. Seven people were arrested in Egypt for hoisting a rainbow flag in the air during a concert.

4. Bustle reports about the increased possibility of LGBT individuals developing eating disorders, and why that’s the case.

5. VIDEO OF THE DAY: A new documentary coming out next month follows the story of Brooke Guinan, the first openly transgender firefighter in New York City. Check out the trailer for “Woman on Fire:”